The Woods Are Scary, Dark and Deep

Sometimes, when you are a Bear of Very Little Brain, and you Think of Things, you find sometimes that a Thing which seemed very Thingish inside you is quite different when it gets out into the open and has other people looking at it.  A.A. Milne, The House at Pooh Corner

President  Obama just delivered a “speech” on the economy from the Rose Garden surrounded by 3 unemployed people.

The GOP leadership has the "misguided notion that emergency relief discourages people from looking for a job," Obama said. "That attitude ... reflects a lack of faith in the American people. The Americans I hear from ... are not looking for a handout. They're desperately wanting to work… These are honest, decent, hardworking folks who have fallen on hard times through no fault of their own."

That’s right. The economy sucks so much nobody can find a job. Congratulations. Oh wait, no, it’s not your economic recession: it still belongs to Bush. And the Republicans in the Democrat-controlled-since 2006 Congress. Thanks for clearing that up. Never-the-less, I don’t think poor Denise cares who owns this mess, she just wants someone to grab a mop and clean it up. Since she got laid off from her job at Total Fitness last year, she’s been unable to find another job because the economy is so crappy no one is hiring personal trainers any more. I guess no one is hiring waitresses, burger flippers or clerks anymore either, so now she has to turn to her father for financial support. Obama would rather have her turn to you, the tax payer. Why should we punish parents with their children’s support? That’s why you’re here.

It wasn’t so much of a speech on the economy as it was another in-your-face swipe at the cruel Republicans who want to give rich white people tax cuts while letting the poor people of color go begging. If they don’t vote to extend unemployment benefits, the blood will be on their hands.

So it was really a concession speech; Obama’s admission that he doesn’t have anything else in his quiver to improve the economy. All he can do is print more debt dollars. Can you spell malaise? 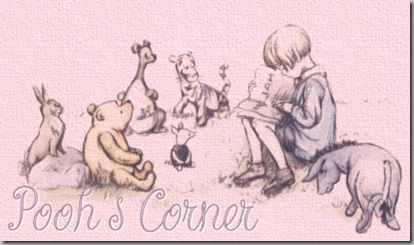 This place is starting to look a lot like Pooh’s 100 Acre Woods: dark, scary and full of creatures of very little brain.

Posted by DEWEY FROM DETROIT at 12:59 PM