I found this at Barbara Curtis’ excellent blog, Mommy Life, while making my cyber rounds.  Pastor C. L. Bryant is one of the bravest men in America. With his leadership perhaps we may once again create a generation of black men who, like Martin Luther King,  speak truth to power and shine a light on the hypocrisy of progressive liberalism’s view of race in America.  For his efforts Rev. Bryant will be abused and threatened. He will be called an Oreo by the Left, because that’s the only term more damning and emotionally charged than “racist.”

I don’t expect we’ll be seeing this documentary at the Sundance Film Festival. Nor do I expect it will be viewed in any of the public schools who will be lining up to air Oliver Stone’s slobbering  documentary and proclamation of love for socialist Hugo Chavez.

Watch the teaser now. Watch for the documentary coming in 2011. And pray for this man. He is very brave and undoubtedly endangering his own life by daring to speak the truth about liberalism’s slavery of black Americans. The Race Industry is one of the big businesses the left warns us about. 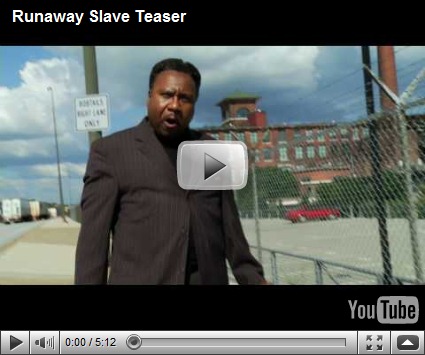 Posted by DEWEY FROM DETROIT at 4:37 PM