This is N.O.T. (not an original thought), but something  heard somewhere in transit yesterday. Paraphrased, as I don’t even remember where it aired.

President Obama and Eric Holder have vilified the Arizona governor and the Arizona immigration law as being racist. Yet Shirley Sherrod, a black woman, was harassed by the White House while legally driving through Georgia, ultimately being instructed by the Under Secretary of Agricultural  to pull her car over, and -under duress -  submit her resignation.

She wasn’t breaking any laws, she wasn’t in the country illegally, and she wasn’t even taking her kids out for ice cream. 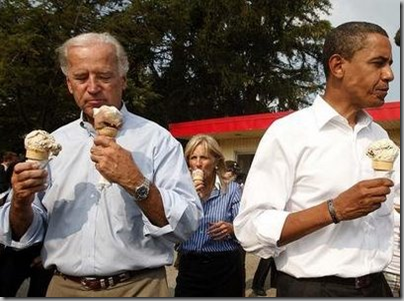 H/T to a radio talk show caller somewhere in America

PS… for all 3 of you who haven’t yet tried Baskin Robbins  hottest new flavor: Barocky Road ice cream. 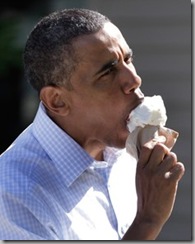 Posted by DEWEY FROM DETROIT at 9:24 AM