NASA: Not About Space Anymore 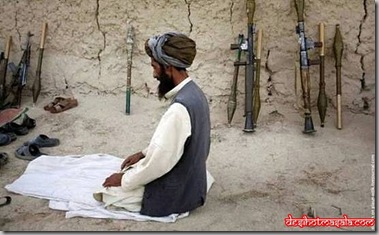 Byron York reported on NASA’s new mission statement yesterday, as articulated by Charles Bolden, administrator of the agency. Here Mr. Bolden explains the mandate given to him by President Obama:

"One, he wanted me to help re-inspire children to want to get into science and math; he wanted me to expand our international relationships; and third, and perhaps foremost, he wanted me to find a way to reach out to the Muslim world and engage much more with dominantly Muslim nations to help them feel good about their historic contribution to science, math, and engineering."

I have several questions regarding NASA’s new mission statement.

1) If we no longer have need for the services of the National Aeronautics and Space Association, why didn’t Obama just abolish it rather than appoint a new director in the person of Charles Bolden?

2) What the hell is the administrator of NASA doing giving interviews to the Middle Eastern news network al-Jazeera - the unofficial Bin Laden network and suspected supporter of Islamic terrorists?

Allow me to answer my own questions:

If you push the “reset” at the same time as the “insert” key you can invent new departments within existing departments and make them even bigger!  That’s right, instantly embiggening them. In the case of NASA, Obama just wrote over the “space exploration” field with “boosting Muslim self-esteem.”

2) Obama’s goal is to move every network on the planet, with the exception of Fox, into the “supportive media” column.

But let’s examine all three of NASA’s new initiatives: “inspire children to study science and math.” That’s currently the responsibility of the Education Department, whose 2010 budget was a paltry $140 billion. “Expand our international relationships” – uh, isn’t that what the State Department’s supposed to do? “Help (Muslim nations) feel good about their historic contribution to science, math, and engineering.” Ok, you’ve stumped me there. As God is my witness, I did not know that was either a function or objective of the federal government. Does that include Muslim terrorists? I suppose so, since they’re the ones we’re trying to persuade to stop blowing us up. 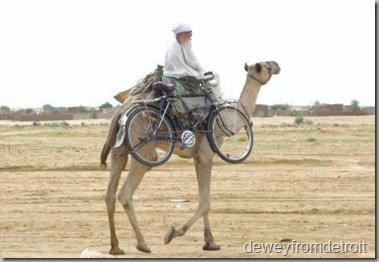 Muslim field engineer: not quite clear on the wheel concept, but feeling really good about himself.

The only think perfectly clear is that NASA’s acronym now means “Not About Space Anymore.”

But I have an idea. Since NASA will now be doing the jobs of Education, State and the Homeland Security, maybe that would free those agencies up to “go where no man has gone before.” I leave it up to you to decide where that might be.

Science is exciting, isn’t it?

Posted by DEWEY FROM DETROIT at 4:09 PM