Here, to wrap the holiday weekend, a compendium of notable issues from the previous week.

May he rest in peace, but I mean, really? Robert Byrd just joined the KKK to get elected? And that’s OK with you, President Clinton? Apparently he would now have all of us conform to the time honored political standard of “the ends justifies the means” ethics.

So here it is. Totally explained, without apology, by a guy who knows what he’s talking about..

Then again, maybe Bill was just talking about himself.

Since the pesky Republicans and many of their own Dems refused to vote to pass a $1.1 trillion budget, House Democrats instead passed - as part of a procedural vote on the emergency war supplemental bill – a non-existent $1.1 trillion budget which they “deemed as passed” According to Human Events  “the execution of the "deeming" document allows Democrats to start spending money for Fiscal Year 2011 without the pesky constraints of a budget.”

Never before -- since the creation of the Congressional budget process -- has the House failed to pass a budget, failed to propose a budget then deemed the non-existent budget as passed as a means to avoid a direct, recorded vote on a budget, but still allow Congress to spend taxpayer money.

"Facing a record deficit and a tidal wave of debt, House Democrats decided it was politically inconvenient to put forward a budget and account for their fiscal recklessness.  With no priorities and no restraints, the spending, taxing, and borrowing will continue unchecked for the coming fiscal year," Ryan said.  "The so-called ‘budget enforcement resolution’ enforces no budget, but instead provides a green light for the Appropriators to continue spending, exacerbating our looming fiscal crisis."

If we can procedurally begin to “deem” bills passed – as you will recall Nancy the P wanted to do if Obamacare didn’t pass – why do we even need elections? Why don’t we just deem Obama president for life? Just think how robust the economy would be if we could just deem the deficit to be a surplus. 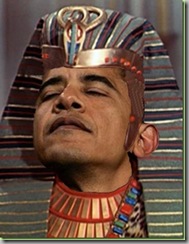 Last week’s jobs report couldn’t possibly be perceived positively, could it? Wall Street certainly didn’t think so. The best that might possibly be said about the data out last week is that the decline has leveled off. There is no recovery. 83,000 private sector jobs created, but a net job loss of 125,000. Yes, the unemployment rate dropped from 9.7% to 9.5%. Unless you add back the people working part-time who need full time work and the people who’ve given up looking altogether. That segment of the uncounted unemployed are either spending their retirement savings or living in mom and dad’s basement and investigating the availability of government grants to finally go back to school to snag that gender-studies degree they always dreamed of getting.

President Obama was busy putting the best face on things, telling a crowd last week after the numbers came out: "Make no mistake, we are headed in the right direction." The Historical Leader and Master of Spin’s comment reminded me of Golden Flotus Winner Vereteno’s prize winning entry: “We are on correct path comrades”

That might come as a surprise to those who thought getting 32 million more people covered by health insurance would ease ER crowding. It would seem these patients would be able to get routine health care by visiting a doctor's office, as most of the insured do.

But it's not that simple. Consider:

_There's already a shortage of front-line family physicians in some places and experts think that will get worse.

Oh dear. Yes, as it turns out, it really was that simple. So all you morons out there who thought that those of us who did think it was that simple were, well, morons - and racists: we accept your apologies. Now grab a mop and help us clean up this mess.

From one of the most under-quoted editorial writers around, Daniel Henniger comments in A Plague of Vagueness on last week’s Supreme Court ruling in the case of the previously most reviled man in all of US business history: Jeffery Skilling of ENRON infamy. The Court ruled unanimously that Skilling was wrongfully prosecuted under the “honest services fraud law” because the law was in a word, too “vague.” Known as the “void-for-vagueness” doctrine, it is classically described by Justice George Sutherland in 1926:  "a statute which either forbids or requires the doing of an act in terms so vague that men of common intelligence must necessarily guess at its meaning . . . violates the first essential of due process of law."

Henninger suggests the such a common-sense rule should be extended to include other aspects of public life beyond penal law. Specifically, some of the most recently passed or proposed legislation. He holds forth several excellent examples, but focused on the current Financial Reform Bill:

Our Congress, the one with a current approval rating of 22%, is attempting to enact its hapless answer to the financial crisis—now called, with no hint of irony, the Dodd-Frank bill…

Texas Rep. Jeb Hensarling, in a comment on the legislation that should go straight into Bartlett's Familiar Quotations, said, "There are probably three unintended consequences on every single page of this bill." 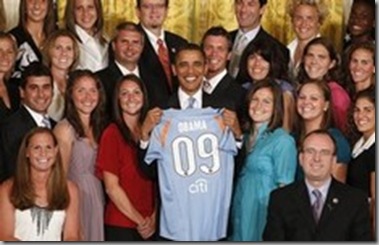 Posted by DEWEY FROM DETROIT at 12:59 PM