Doug Ross has seen the future, and it was thoroughly predictable.

Here’s the short version, in a word: rationing. And here are Doug’s excerpts from the longer version:

NHS bosses have drawn up secret plans for sweeping cuts to services, with restrictions on the most basic treatments for the sick and injured.


Some of the most common operations — including hip replacements and cataract surgery — will be rationed as part of attempts to save billions of pounds, despite government promises that front-line services would be protected... 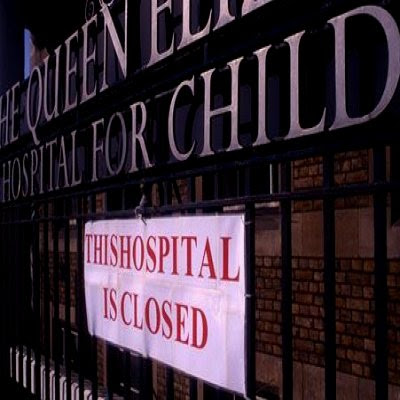 * Restrictions on some of the most basic and common operations, including hip and knee replacements, cataract surgery and orthodontic procedures.


* Plans to cut hundreds of thousands of pounds from budgets for the terminally ill, with dying cancer patients to be told to manage their own symptoms if their condition worsens at evenings or weekends.


* The closure of nursing homes for the elderly.

* A reduction in acute hospital beds, including those for the mentally ill, with targets to discourage GPs from sending patients to hospitals and reduce the number of people using accident and emergency departments.

* Tighter rationing of NHS funding for IVF treatment, and for surgery for obesity.

* Thousands of job losses at NHS hospitals, including 500 staff to go at a trust where cancer patients recently suffered delays in diagnosis and treatment because of staff shortages.

* Cost-cutting programmes in paediatric and maternity services, care of the elderly and services that provide respite breaks to long-term carers.

...Katherine Murphy, of the Patients Association, said the cuts were “astonishingly brutal” and expressed particular concern at moves to ration operations such as hip and knee operations... “These are not unusual procedures, this is a really blatant attempt to save money by leaving people in pain,” she said.


...‘‘We cannot return to the days of people waiting in pain for years for a hip operation or having to pay for operations privately..." She added that it was “incredibly cruel” to draw up savings plans based on denying care to the dying.


...This week, Hertfordshire PCT plans to discuss attempts to reduce spending by rationing more than 50 common procedures, including hip and knee replacements, cataract surgery and orthodontic treatment.
Doctors across the county have already been told that their patients can have the operations only if they are given “prior approval” by the PCT, with each authorisation made on a “case by case” basis... staff shortages [are] already causing delays for patients being diagnosed and treated for breast cancer.

All this, coming soon to a medical amphitheatre near you. Unless we exercise our collective power on November 2nd to throw the: a) liars, or b) idiots (choose no more than two) out .

Meanwhile, do your best to educate the misguided amongst us. We need all the hands on deck we can muster.

Posted by DEWEY FROM DETROIT at 9:10 AM