Sharing the Pain Since January, 2009 UPDATED WITH AMERICAN THINKER LINK

He cites excerpts from the Inspector General’s report that are likely to detonate a few road side bombs. When the smoke clears, the trial lawyers will have a field day litigating the biggest beneficiary of their financial largesse: the Obama administration. Here are just a couple of examples of the Chicago style tactics revealed in the SIGREPORT and largely unreported by the media:

[D]ealerships were retained because they were recently appointed, were key wholesale parts dealers, or were minority- or woman-owned dealerships. [Emphasis added.]

Thus, to meet numbers forced on them by the Obama administration, General Motors and Chrysler were forced to shutter other, potentially more viable, dealerships. The livelihood of potentially tens of thousands of families was thus eliminated simply because their dealerships were not minority- or woman-owned.

Closures based on political affiliations, which have been anecdotally connected to the dealerships targeted for closure (as well documented by Doug Ross) are again called into question. Barofsky’s report notes that – despite GM’s argument that “dealership terminations would cause GM and Chrysler to lose market share in rural areas” :

"ultimately close to half of all of the GM dealerships identified for termination were in rural areas."

The article is a must read, if you are even marginally interested in how political and race based Obamanomics are ruining our country. Or if you owned a car dealership that was shuttered. 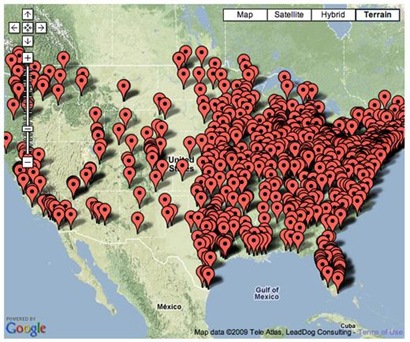 Treasury’s Troubled Asset Recovery Plan (TARP) Special Inspector General (SIG), Neil Barofsky,  reported Monday that "Treasury made a series of decisions that may have substantially contributed to the accelerated shuttering of thousands of small businesses and thereby potentially adding tens of thousands of workers to the already lengthy unemployment rolls -- all based on a theory and without sufficient consideration of the decisions' broader economic impact."

Well, as they say in Hollywood, no shit, Sherlock. In this post from last year: Pimp My Ride: Barry and the UAW’s Excellent Adventure I wondered why Obama was pushing to close dealerships when it made no sense on its face;

So why was the culling of dealerships  such a key element in the bankruptcy reorganization plan? Why does it continue to be such a prickly issue with the White House? And is there any truth to the allegations that dealers were eliminated based on their party affiliation and campaign contributions? I’m just asking, on behalf of the conspiracy theorists.

Absent any facts, absent any rational explanation, the only way a logical mind can interpret such nonsensical behavior is to backfill with its own logic. That’s the basis for a lot of conspiracy theories. But this one didn’t even conjure up a very believable conspiracy theory.

Apparently we still don’t know what was behind the decision to close so many dealerships. It looked like someone had a dog in the fight, and that their dog won; but we don’t know whose dog it was, or what they won. Or what the point of the fight was.  At the time, the National Auto Dealership Association argued in Congressional hearings that “'We do not see how these cuts make economic sense – not for the companies, not for the dealers, not for local communities and certainly not for the struggling U.S. economy.” After the fact, the SIG’s report came to that exact conclusion.

And subsequent to the forced culling of dealerships which took place last year, both GM and Chrysler discovered they needed more retail outlets and have reinstated hundreds of them.

Here’s what we do know about this foolish exercise:

After GM and Chrysler announced last year that they were going to go bankrupt, the U.S. government stepped in to bail out the two Detroit automakers -- at a cost of $80 billion to taxpayers. As part of the plan, the car companies were told to streamline their production plants and distribution outlets, and close more than 2,000 dealerships between them.

Barofsky’s report states simply that “Treasury's response set up a "false dilemma" by suggesting it was a choice between letting the companies fail and closing the dealerships.”  Forgive me for being blunt, but that fact was so obvious at the time that even the guy in the mailroom knew it. The cost to the Autos of maintaining independent dealerships was chump change in the grand scheme of the Autos’ financial woes. And closing marketing facilities for the product you’re trying to sell – especially when the corporate cost of maintaining dealerships was nominal – makes no sense either.

The official response to the SIG’s report came from Treasury’s Assistant Secretary for Financial Security, Herbert Allison:  “ …had the administration not stepped in, many more auto dealer workers could be unemployed today. How? Can anyone tell me?  How do these idiots get away with making such asinine comments?

There is a story here, even if it’s not a story of dark Union conspiracy or management malfeasance. Of course no one in the MSM will have any interest in investigating and reporting it. Especially if the truth is just as simple and sublimely naive as the excuse offered up by the current Car Czar, who told Barofsky that the Auto Team  “could have left any one component (of the restructuring plan) alone,” but that doing so would have been inconsistent with the president's mandate for 'shared sacrifice.'

Tell me you are effing kidding me? They destroyed over two thousand decades-old family businesses, and tens of  thousands of people’s livelihoods because the President told them to spread the pain around evenly!?!

I would prefer to believe that there was some vast, diabolical conspiracy to provide someone with gobs of ill-gotten dollars. That would at least make sense and someone could be held accountable.

"This sobering report should serve as a wake-up call as to the implications of politically orchestrated bailouts and how putting decisions about private enterprise in the hands of political appointees and bureaucrats can lead to costly and unintended consequences,"

And remember, unless Obamacare is dismantled by the next Congress, these same morons are going to be designing your healthcare. 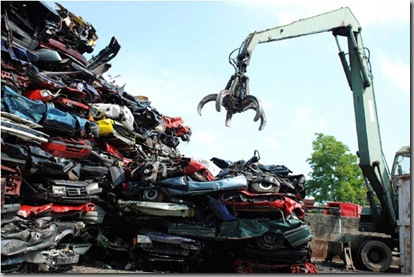 Posted by DEWEY FROM DETROIT at 9:19 AM