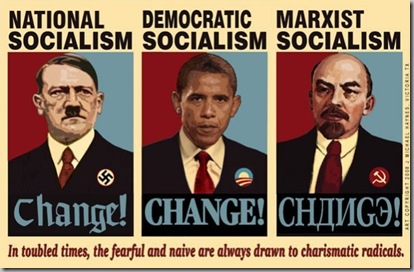 I confess, Woody Allen’s bleating about how he wished we could make Obama dictator for just a wee bit induced a gag reflex. But then, like the Anchoress, I dismissed him as just another irritating little Hollywood twit. But when Friedman jumps in with his 2 cents, essentially espousing the same sentiment, you jut know it reflects the sentiment of the entire east coast uber-elite intelligentsia.

So I pass along my recommended antidote: read the Anchoress and Ann Althouse on the subject.

From The Anchoress: The Privileged Call for Limited Dictatorship

“Every murderous totalitarian government of the 20th century began with some insulated group of faux-intellectuals congratulating each other on how smart they are, and fantasizing about how, if they could just install a dictatorship-for-a-day, they could right all the wrongs in the world. It is the ultimate fantasy of the narcissist. And we’ve got whole generations of them, in control of our media and our government, all intent on ‘remaking America.’”

She explains how this group of better-than-thous really view the rest of America:

So, Allen and Friedman–and others who have kept their faces before us for 40 years by coasting on the work of their youth, because they’ve done nothing memorable, lately–are feeling the shifting sand beneath their feet, and they’re wondering why America can’t simply submit to a fantasy of Limited Dictatorship. It’s so inconvenient for these elites to have to deal with the noise of the bourgeoisie – commoners who presume to opine on anything and who dare to object to the incessant lecturing from their betters.

A love of autocracy often lurks beneath the liberal veneer. There’s this idea that the right answers are known and the people are just too deluded and distorted to see what they are and to vote for them.

As the Anchoress sums it up:


They propose dictatorship because they are no longer able to get away with their former arguments, which boiled down to: “shut up. You’re stupid. We’re cool.”

Plus, for extra-credit, check out the Bookworm Room.

Is it any wonder that history repeats itself, when the earth is populated with such morons?

Posted by DEWEY FROM DETROIT at 8:45 AM