Team Dewey is packing up for our semi-annual back and forth between fly-over Utah and fly-over Michigan, so posts will be negligible until our SUV arrives back at the town of it’s birth, Detroit.

But we DO have thoughts on Greece. Doesn’t everyone? Hope to find Wifi at tomorrow evening’s stop in fly-over North Platte, Nebraska where –amazingly – there is both a North and South Dewey Street. Rents appear to be higher on North Dewey, but since we have no ownership interest on either, it’s simply an observation. 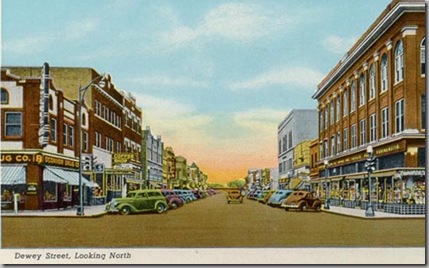 Posted by DEWEY FROM DETROIT at 7:33 PM