If you have ever had an interest in drawing, unless you were preternaturally blessed with innate talent, you probably picked up a book or took a class to learn the technique of rendering realistic images on a sheet of paper. And the first thing you are likely to read or hear is “In order to draw you must first learn to see.” This refers not just to seeing the camera image reflected on the lens of the retina, but the amalgamation and juxtaposition of all the parts making up the image: the shapes, shades, shadows and relative position. Once you’ve learned to actually see these things distinctly, you can draw what you see, rather than what you know. If you see it correctly, you can render it accurately.

Likewise, in order to teach something you must first learn how to think. You cannot just “tell” someone a concept, you must first be able to understand its components – grasp its foundation, implication and impact. Once you understand it correctly, you can explain it accurately.

Just as most people never learn to “see” properly, a disturbing number of people - even those who have chosen teaching as a profession – have not learned to think properly. Allow me to present several examples just from last week.

First, we have the case of the Jolly Rancher: an elementary school in Brazos county, Texas with a zero tolerance rule for “junk food." Ignoring the sheer idiocy of “zero tolerance” anything, as well as the notion that we can legislate health, focus instead on the action taken by the principal. When confronted with the the egregious behavior of a third grade girl eating a (single) jolly rancher at lunch, the principal opted for a punishment commensurate with the offense: she was given a week long detention.

… Jack Ellis, the superintendent for Brazos Independent School District… said the school was abiding by a state guideline that banned “minimal nutrition” foods, (and that) failing to adhere to the state’s guidelines could put federal funding in jeopardy.

“Whether or not I agree with the guidelines, we have to follow the rules,” he said.

The state, however, gives each school discretion over how to enforce the policy.

Because “following the rules” requires no thinking, no judgment, no use of discretion – any of which could get you in trouble. Lord knows he doesn’t want to jeopardize that federal funding. Better to let someone do the thinking for you. Didn’t work at Nuremburg, shouldn’t work here.

Next we go to the Cinco de Mayo American flag shirt incident in Live Oak California. Here, school officials, fearing provocation, sent 4 students home for the day for wearing shirts bearing American flag images and references to the Constitution. Why? because the 5th of May is traditionally a day that Mexicans celebrate their heritage. Never mind that it is a “celebration” honoring a minor military victory over the French and was invented by the Corona beer company to sell more beer. Mexican students concluded the kids were “disrespecting” them and marched out of class the following day in protest. The only take away from this is that it is considered inappropriate and “provocative” for members of the majority culture to express their cultural pride, but not for members of the minority culture. This seems an odd message for educators to be passing on.

Perhaps they could have used the incident instead as a “teaching moment” to pass on certain historically American concepts such as – oh, I don’t know – free speech, patriotism, tolerance and a respect for the rights of everyone in this great republic, not just the minority. Instead we get school administrators propagating vapid, politically correct speech which is designed to suppress argument, confrontation …thinking. There was a time when teachers and administrators would have considered it not only their responsibility, but an honor to address such a volatile situation. Now they can’t dive into the sand fast enough.

And then there’s this, in case the first two examples didn’t raise your hackles: Ann Arbor, Michigan: Dicken Elementary School set up a field trip for African-American students only, whites were specifically excluded. The trip was to meet with an African-American NASA rocket scientist. When challenged on the wisdom of such a segregated outing, Mike Madison, the school’s principal, defended the discrimination: “It was not a wasted venture for I know one day they might want to aspire to be the first astronaut or scientist standing on the Planet Mars.” Apparently it would have been wasted on white students, who were, by the way, very upset about being left out.

But that’s barely scratching the surface of what this issue is all about. Blogprof has a handy compendium of the issues and lunacy here. I could go on forever about the institutionalization of anti-white racism that is now being foisted on schools and school districts by the likes of people like Glenn Singleton, principal of Pacific Education Group, a consulting operation that mainstreams racist bigotry under the guise of diversity training. Seriously, how much of this crap will education systems and educators continue to swallow and regurgitate before rebelling? But you can read all about it (and you should) at the link above. I’ll just stick with pointing out the obvious irrationality of trying to teach children about the evils of racism by practicing blatant racist behavior. A more obvious example of logic failure would be hard to find.

So what goes on here? I would refer you back to my original premise: if you want to teach, you must first learn to think. Unfortunately, that is considered optional these days. And no amount of money pumped into the “education system” is going to fix that.

What do you see? 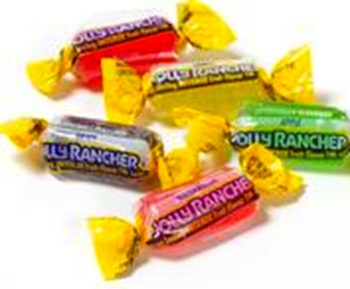 Posted by DEWEY FROM DETROIT at 12:47 AM