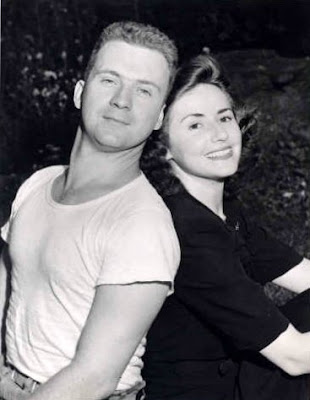 Ernie is survived by his life long love, Lulu Harwell. They would have celebrated their 69th anniversary this August.

Detroiters are parsimonious with their “love” of public figures, so when one of them leaves this mortal world, Detroiters mourn.

Yesterday we lost one of the people Detroiters loved the most: the voice of the Detroit Tigers, Ernie Harwell.

If you grew up Michigan anytime after 1960, you would not only recognize Ernie Harwell’s name,  you would instantly hear his improbably melodic voice announcing “ …a fly ball into the upper stands in right field. Caught by a lady from Pinconning.” Amazingly, Ernie always knew who caught every fly ball, and where they were from. He was a story teller first, a baseball announcer second and every game was like a visit with a dear old friend.

Ernie remains to this day the only broadcaster to be traded for a player (in 1948, the Brooklyn Dodgers traded a catcher to the Atlanta Crackers in exchange for Harwell.) He spent 55 years after that as a major league play-by-play announcer, 42 with the Detroit Tigers. So long in Detroit, in fact, that we forgot he was from Georgia originally - despite the distinct drawl of the south in his elocution.

The fact that he was the voice of the Detroit Tigers was not only a given, it was a prerequisite for both baseball and summer. Being lulled to sleep by Ernie’s voice calling a late August game was what summer nights were made for, whether you loved baseball or not. He really was that good.

He was, quite simply, the best baseball announcer of all time, anywhere. I don’t have any objective criteria to back up that claim. All I can tell you is, if you ever heard him call a game, you know I’m right.

Well here, listen to a bit yourself: 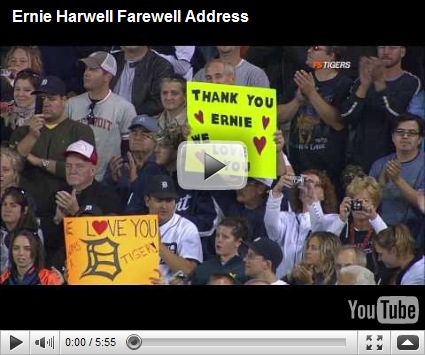 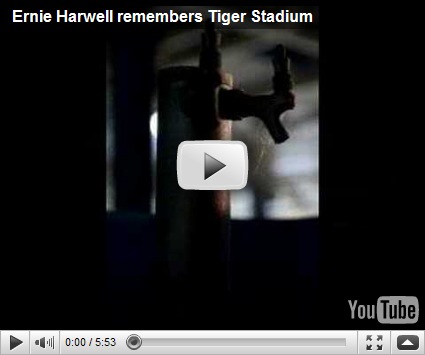 Good night Ernie. We’ll miss you at the park.

Posted by DEWEY FROM DETROIT at 12:13 PM