Well Maggie, You Were Right

It’s official; Greece has run out of other people’s money. And they are really, really ticked off about it.  Quick, someone contact Margaret Thatcher and ask her what the next step is!

So Greece, the country that “gave the world Democracy,” has  demonstrated that there is nothing created by the human mind that can’t be likewise destroyed.

When Democracy works, it consists of a group of sovereign people who agree to be governed by a set of laws that recognize the basic worth and rights of men. Democracy requires that the people governed by it maintain the basic principles of a democratic state: free men bestowed with free speech and the liberty to pursue their individual interests in a state that metes out justice, and also reveres it. This form of governance requires that its able citizens practice self-reliance and personal responsibility. Government does only what individuals are not able to effectively do for themselves, such as protect the homeland from foreign  threat and invasion.

Socialism is nearly the polar opposite. It’s based on a hive mentality and functions as a collective. When socialist precepts interface with Democracy, it provides the where-with-all for the least productive members of the collective to vote to give themselves stuff  that is produced by the hive’s most productive members. 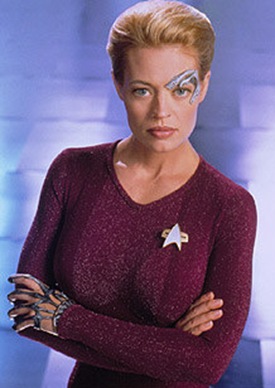 It’s not that the least productive are incapable of providing for themselves, it’s just that they discovered they don’t have to. And once they get stuff from other people, they really don’t like the idea of giving it up in exchange for taking care of themselves. Although that might be psychically more rewarding, they really are too comfortable with their unfortunate lot in life to change. Get a job? You must be joking.

This dangerous aspect of democracy, prodded by a not-so-noble tendency of human nature that likes getting something for nothing, was first pointed out by Socrates and Plato, and again much later by Alexis de Tocqueville. Democracy’s  DNA carries the gene for it’s own demise.

Which brings us back to Greece, the cradle of democracy, which veered  off course to pursue a path towards socialism and is now left to deal with the aftermath. As the images beamed from Greece this week convey, that aftermath has devolved into chaos and anarchy – two more good words rooted in classic Greek.

Just a quick recap of how far Greece has strayed from the ideals of democracy: Fully one third of Greeks work for the government, which has socialized much of the country’s business and industry. These workers are paid much more than the market would bear under normal market conditions. They are paid for 14 months a year( some up to 16 months). Yes, that’s correct. Most government civil servants receive the equivalent of 14 months pay, plus exorbitant sick/vacation days. They can opt for an early retirement as early as age 45, and standard retirement is age 53 with 80% of their ending salary. All of which is indicative of the power of the civil servant unions. If they do not get the wage/benefits they want, they simply shut the country down by calling a general strike. And since the government runs everything from medical care to trains, it’s a fairly comprehensive shutdown. It doesn’t matter to them that their employer is broke and living on borrowed money.

In order to pay for these cradle to grave entitlements, Greece has imposed crippling taxes and has racked up egregious levels of governmental debt that they cannot repay. Indeed, the bailouts they’re seeking  from the EU and IMF are to repay just the interest on their debt, not the debt itself. If this governmental type of credit card lifestyle sounds familiar, it’s because it’s becoming common in many states in the U.S. too: like California, New York and Michigan. And that’s not the only similarity. The following observations on the Greek economy could be considered an omen for the U.S. if it continues its infatuation with European-style democratic socialism. Spoiler alert: it doesn’t end well.

The NYT noted earlier this year:

In Greece, commentators said the economic problems had exposed a general ignorance about the harsh realities of the global economy, while laying bare the strong sense of entitlement in a country where one out of three people is employed in a civil service that guarantees jobs for life.

From the WSJ Thursday:

The protests also brought out many Greeks who were resigned to belt-tightening. Their unhappiness at the cuts was matched with rancor toward a generation of politicians who they say spurred the crisis with decades of corruption, kickbacks and accounting legerdemain aimed at obscuring to the EU the true level of Greece's annual deficits.

The Times of London describes where entitlement mentality eventually takes you. And how difficult it is to modify it once it’s in place.

Some young Greeks prefer to blame their elders for the mountain of debt that has resulted in Greece, like a wayward child, being placed under the tutelage of the men from the IMF.

“I cannot help but blame my parents a little for what’s happened,” said Achilles Zacharoulis, a 36-year-old cardiologist. “They were here all that time,” he added, referring to the past three decades of mismanagement and fiscal insanity. “But what did they do to stop it?”

Vaggelis Gettos, 24, is just as alarmed at the burden being heaped on the young by austerity measures expected to be announced today, and has pledged to resist them in more protests this week against what he sees as a plot to impoverish Greece.

When you pull back the curtains, the corruption that is deeply embedded in the machinations of the Greek power structure are stunning. But only because it’s so transparent.  Government “ghost” jobs are common, i.e. people get paid, but don’t  show up because there’s really no job that needs to be done ( a corruption not unheard of in Detroit), entitlements are so numerous and long tenured that street rioting and murder strike the public as a measured response to legislation cutting them back. They simply can’t seem to get their heads around the fact that  their government, having run out taxpayers to exploit, has been borrowing money for years to fund this Madoff scheme. and there’s finally no one left to bilk.

Greece is a small country, said to be corrupt and lazy. But the curious might ask, “how did they get that way?” The people who “gave the world democracy” were once independent, industrious, ethical. But as socialism set it’s roots and became entrenched, self-reliance and personal responsibility became untethered from people’s day-to-day life and corruption became just another accepted norm of the bureaucracy that runs their  lives and withers their souls.

But so what, you say? That could never happen here, we’re not a nation of rowdy anarchists. (Setting aside for another day the post about true anarchists being opposed to all forms of government and would be unlikely candidates for tossing Molotov cocktails to demand that the government reinstate the cuts in pay and benefits that the Greek government recently legislated.) If you believe that we’re better than that, that the Greek street theatre could never happen here, I’d suggest you consider this: the only thing preventing us from tripping down the alleyway to socialist entitlement, followed by the inevitable piper paying realization that we really can’t afford it, are the bitter clingers. The people who still believe in guns and religion because they know you might need both in order to maintain your self-reliance and exercise personal responsibility. But we’re doing our best to demonize and diminish them, in order for the more sensitive, caring party to swoop in and save all the victim-classes from themselves and their oppressors.

Posted by DEWEY FROM DETROIT at 1:24 AM