As seen on TV! But wait, there’s more 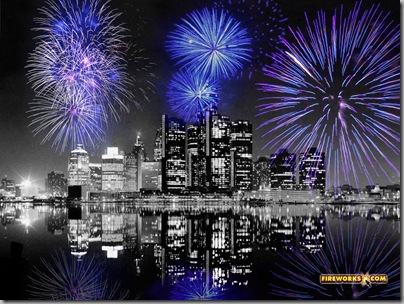 Annual fireworks over the Detroit River

Big, big round of applause for the Michigan State House! What the heck, shoot off some fireworks in their honor too.

On May 12th our beleaguered State’s House of Representatives did some really heavy lifting to  figure out how to reduce State expenditures increase State revenues. Here’s what they came up with: HOUSE BILL NO. 5999. It’s a bill that lifts the current ban on higher grade, more powerful fireworks. The rationale: Michigan residents just drive to Indiana or Ohio to purchase these banned fireworks anyway and hence the state is missing out on all the extra tax revenue that could be levied on such a highly regulated product. Boy, I sure hope Ohio never legalizes teenaged prostitutes.

If approved, the legislation would create a 5% tax on sales of the fireworks; businesses would pay $5,000 for a license to sell them and would renew the license each year for $2,500, providing an estimated increase in annual revenue of $5 million. (never mind that $5 million in Michigan gets pissed away about every 5 minutes) But wait, there’s more! The bill, according to its supporters, will create jobs!  Or save some. Or at least prevent some accidents caused by driving back and forth from Ohio with fireworks on board, or something.

I don’t really have any problem with the state legalizing 4th of July boom-toys, but the mealy mouthed rationale for its passage is rather insulting to our collective intelligence. The best part though, is the name of the bill that legalizes bigger and badder fireworks for use by every Tom, Dick and Harry who owns a Bic lighter:

Don’t you just love a good government-speak story? Especially when it involves fireworks?

The legislation must now be approved by the Senate signed and by Governor Jennifer Granholm, who is said to support it. Unfortunately, the bill never had any amendments or floor debate in the house, and appears to have a few serious flaws. In their haste to resolve Michigan’s crushing economic problems, the House forgot to consult with any display fireworks companies – you know, the guys who actually know how to detonate fireworks? As a result, the language in the bill could eliminate municipal displays if not corrected in the Senate version.

I hope they remember to fix it, because eliminating all the municipal fireworks around the state  could really take a bite out of all those increased tax revenues and  new jobs we’re creating. Or saving. Or something. 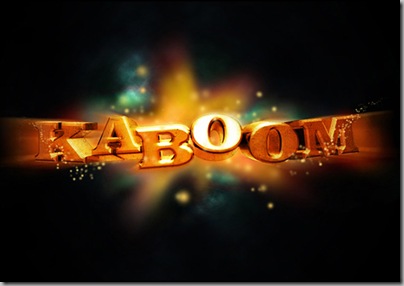