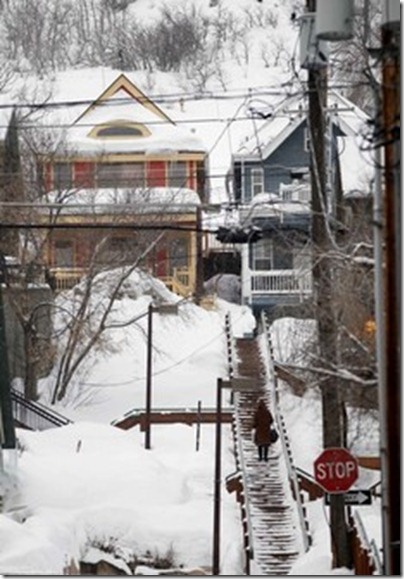 Houses in Old Town, behind Main Street, after the Sundancers left.

Hello, Friends of Dewey. This is MOTUS, your cub-entertainment reporter with a wrap up from the Sundance 2011 Film Festival. I would have loved to have filed many, many more movie reviews but as it turned out, my day job got in the way. And, as usual at Sundance, so many little  movies, so little time.

Because I’m covering a week’s worth of movies, er…a… films,  all at once I thought it might be helpful if I categorized them for you. You may recall I covered  the Media Navel Gazing Category last week with reviews of Page One: A Year Inside the New York Times  and Miss Representation.  So I’ll just jump in with my next category: 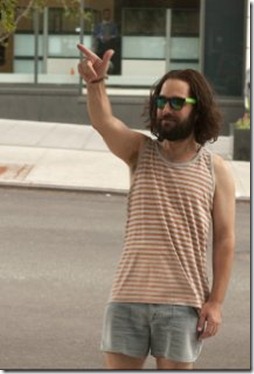 Well intentioned but ne’er do well brother Ned (Paul Rudd) just got out of jail and is passed between his 3 sisters as he tries to find some visible means of support. Oddly funny.  Mainstream comedy funny, but you won’t need your hernia belt. Proves again that there’s comedy gold in everyone else’s dysfunctional family. 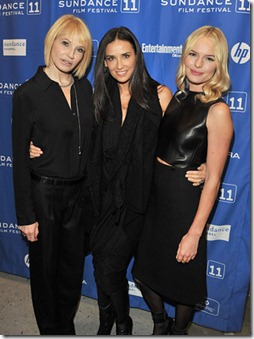 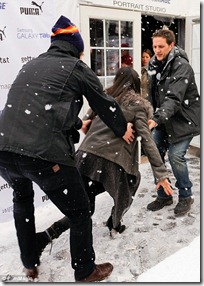 Demi Moore taking a tumble outside the Eccles Theater: Why we don’t wear stiletto heeled boots in Park City.

My Idiot Brother didn’t stand a chance for claiming the “dysfunctional family” prize against this  film that falls into both the “ black comedy” and  “intergenerational wedding weekend angst” genres.

Here’s the setup (I’d do this quickly except it’s complicated): Lynn’s son, who was raised by Lynn’s abusive ex-husband and his second snotty wife, is getting married at Lynn’s parents lovely estate. Lynn and the 3 children she did raise attend. Her teenage son is a drug abuser with serious emotional issues, her youngest son has Asperger’s syndrome and her college age daughter is a cutter - who suffers from not insignificant, unresolved issues with her father. Lynn’s own mother treats her as a bit of a loser while still warmly embracing her slug of an ex, and pretending that all is normal in this tangle of fragmented emotional wrecks. Oh, and there are two sisters in attendance as well whose roles in Lynn’s life fluctuate between critical and unhelpful.

More of a painful journey to the next exit ramp than the typical family- drama-to-catharsis. Don’t watch this on days you’re feeling emotionally fragile, unless wallowing in others misery makes you feel better. A very dark comedy floating amidst a turbulent sea of emotional flotsam. Reinforces the old saying: “Family - Can’t live with them, but sure as hell can live without them.”

Pariah- which I previously reviewed definitely falls in this category: black lesbian coming of age flick . Who can’t relate?

Becoming Chaz: owns this category. It’s a documentary about  Cher’s daughter, Chastity’s, surgical and hormonal transformation to a man named Chaz. It ain’t pretty and neither is Chaz. If you’re curious about these things, there must be better medical information online. But I guess it turned out OK from Chastity/Chaz’s viewpoint. No word from Cher, who was last seen attempting to turn back time. 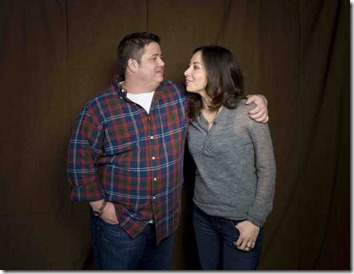 Codependent Lesbian Space Aliens Seek Same: Finally! A fun alien-lesbian film set in Manhattan! How long have you been waiting for that?

Three aliens from Planet Zot are sent to earth to have their hearts broken which will somehow neutralize their sex  hormones which allows them to return home, no longer posing a threat to the planet’s ozone.  (Do I detect a covert message directed at gas-guzzling SUV drivers who use up more than their share of carbon credits?) This plot could never work if the Zot’s  were heterosexuals. Metaphors, stereotypes and sheer nonsense earns CLSASS the Sundance 2011  “camp”  award, along with honorable mention in the  “Yes You Can Make This Crap Up, But Drugs Help” category.

Several contenders, as always, but here are the leaders:

Martha Marcy May Marlene: a cult-escape drama. The main theme is an exploration of the depravity that results when individuals surrender their innate sense of morality to a “supposed” greater good. Kind of like what happened with the Obamabots.

Weird. Creepy, chilling. Skip it. But it is the debut of Elizabeth Owens, the Owens boys little sister. She appears to have inherited her fair share of the family DNA.

Redstate: And here we have the most hyped of all the Sundance movies this year. It’s a religious horror movie, because that’s what Hollywood thinks of religion. It’s all about a group of  gay bashing fundamentalist torturers. If you still want to know more, you probably shouldn’t be reading my blog. The short review: Yuck, yuck, yuck – and I don’t mean as in funny. 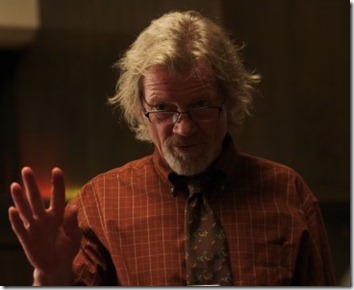 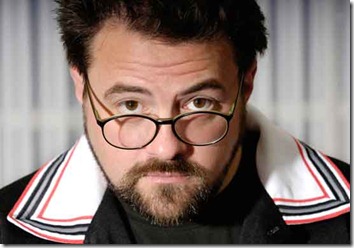 Kevin Smith,the director, used the premiere as a publicity stunt to auction off the distribution rights to himself for $20. (The premiere was also boycotted by the  Westboro Baptist Church who,  in turn, were counter-boycotted by Kevin Smith and fans. Hard to know which side of that sludge pond to stand on.) 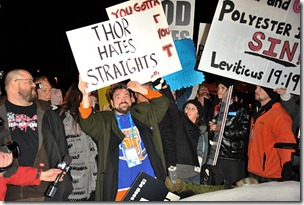 He than used his bid platform to spout off about everything wrong with the movie business today. While he raised some valid points, it seemed to boil down to the fact that he, as artistic director, did not get a big enough piece of the pie. So who can fault him for that? Let’s move on to the next perennial Sundance film category:

Margin Call: This story tracks one fictional investment firm’s 24 hour crisis in late 2008 as they realize their mortgage backed security arm is about to go belly-up, dragging the firm behind. They have to decide who to screw: their investors or the firms owners and employees (because  with capitalism it’s always a zero-sum game,, at least here at Sundance where the artists care nothing about capital). The movie was written and directed by J.C.Chandor,  a film maker by training, but whose father worked at an investment house so, as he said, he “had insider information.” Almost as good as staying at a Holiday Inn Express.

He has enough knowledge to be dangerous, but not enough to make the evil machinations of wall street understandable to the average viewer.  Way too many financial jingoisms for the man on the street to wade through. Not to worry though, they will still grasp the general gist of the heist. You just won’t enjoy it much.

Chandor did assemble an incredible cast: Kevin Spacey, Paul Bettany, Jeremy Irons, Zachary Quinto, Demi Moore and Stanley Tucci (someone had connections) and managed to make a whole movie for just $2 million. Lionsgate and Roadside Productions, who bought the distribution rights jointly, will probably have to spend ten times that to entice people to come to a theatre to see it.

The Greatest Movie Ever Sold: Here we have the Sundance return of Martin Spurlock of Super Size Me fame. The man who has proved that he would do anything for commercial success has produced a film about the world of product placement, marketing and advertisement in the film business. This time his shtick is that his film has been financed exclusively by product placement, marketing and advertising. 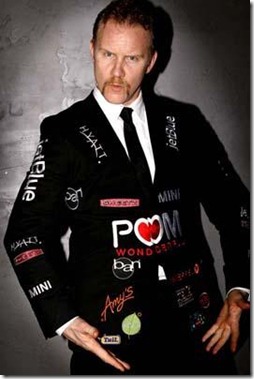 The doc follows Spurlock as he negotiates terms with the companies for their product placements in his movie, including non-disparagement clauses which must have been written a little loose.  Like Super Size Me, it’s an amusing trip of trivial content, mostly because it’s fun to watch Spurlock bite the hand that feeds him – but you didn’t see that coming, did you?

If a Tree Falls:A Story of the Earth Liberation Front: If I remind you that ELF is a eco-terrorist group that ruins stuff and burns things down that don’t belong to them,you would probably know that they were the bad guys, right? Not so fast.

This is a blatantly sympathetic documentary about a group that burned down two vacant U.S. Forest Service ranger stations, an Oregon timber plant, an Oregon tree farm, a horse slaughtering plant, an SUV dealership, a $12 million Vail, Colo., ski lodge, and quite a bit of the University of Washington’s property. While the documentary pretends to “critically”  examine the future of the environmental movement, it’s real points is to question whether this group, ELF,  was unjustly classified as "domestic terrorists" under “Bush-era legislation.”  Because after all, they were simply trying to instill “social justice” as they saw fit, and they never “targeted  individuals” or injured anyone.

And aren’t they damn lucky they didn’t?

Oh, and in case you think this is harmless drivel by and for like minded individuals, you may wish to consider this:

Winner of the Documentary Editing Award at Sundance, "If a Tree Falls: A Story of the Earth Liberation Front" is slated for broadcast later this year on PBS' POV series and will remain an evergreen title in educational settings as well.

Your tax dollars at work, people.

The Last Mountain: If I tell you that Robert Kennedy is one of the main spokesmen in this documentary, would you guess that it ends up with a fevered pitch for windmill energy? Of course you would. 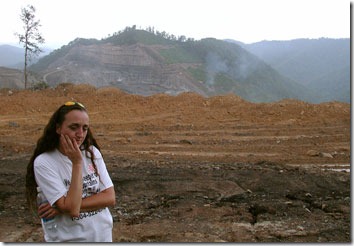 But about the documentary itself: another one that claims to try real hard to be fair and balanced but apparently doesn’t know how to. Let’s stipulate from the offset that Mountain Top Removal (MTR) coal mining isn’t pretty. But this is yet another documentary made by people who want to live with all the comforts of modern society without having anyone,  anywhere along the line, pay the necessary price for the creation of those products and services. To call them hypocrites is to imply they are intelligent enough and moral enough to realize their value conflict. Tough call.

This doc presents the usual bleeding heart reasons for not allowing this type of mining: “contaminated air, soil, and water; coal dust, cancer clusters and toxic sludge are all by-products of this widespread energy source.” So to be clear, although this is ostensibly about MTR coal mining, it is clearly about the mining and use of coal in all forms. Unfortunately, our economy runs largely on coal fired electric plants today because the Robert F. Kennedy do-gooders of yesteryear shut down the development of nuclear generation in this country – still the singularly cleanest and, yes, safest form of energy production in existence.

And until such time as we can replace coal energy with natural gas and/or nuclear, there are many people in West Virginia who would prefer to have themselves and their family members mining coal on top of the earth rather than below. But I digress. Watch for this one on PBS too.

(Oh, and by the way, coal companies are required to remediate the land when the coal is gone, creating flat land that’s good for building things on. It’s not perfect, but in time it isn’t ugly either.)

There are many other categories that show up year to year such as Crazy Music and the Musicians that Make it, Criminal Injustice in the Criminal Justice system,  Politics (of course) and Stupid Teenagers,  and this year’s Sundance collection included entries in all of the above and much much more. I didn’t even get around to telling you about the Troll Hunters, a breakout film from Norway: 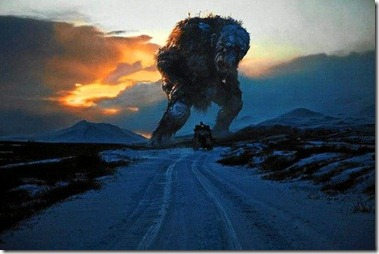 but I’ve already wasted enough of our time. So until next year, this is MOTUS, your cub entertainment reporter signing off.

Back to you, Dewey.

PS  Just in case you still haven’t had enough and missed my other reviews: Cedar Rapids and Project Nim.