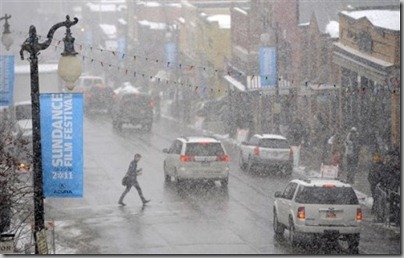 The plot: A Columbia psychology professor decides to raise a chimpanzee as a human child.

The cast: A self-aggrandizing professor, full of himself , but with plenty of hubris left over. An innocent chimpanzee plucked from it’s mother shortly after birth on a chimp farm. A hippie-chick (prof’s one time lover) eager to “adopt” an adorable baby chimpanzee to raise as her own child. Multiple other do-gooders. 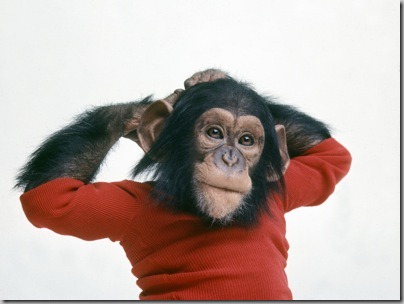 Unfortunately for Nim, everything.

Project Nim is a documentary that tracks an arguably unethical, appallingly ill conceived and sloppily executed experiment in the nature of language. It was intended to settle the nature/nurture controversy delineated by Skinner (nurture) and Chompsky (nature).

Skinner’s behavioral psychology model held that language skills are acquired through training and could -  at least in principle - be learned not just by humans but also by some other species. Chompsky believed that the ability to develop language is hard wired into humans exclusively.  I can think of many of Chompsky’s political theories that I would challenge, but his theory of semantic language ability: not even in the top 25.

Here’s the short version of the cautionary tale: Herb Terrace, a Columbia psychology professor decided to raise a chimpanzee as a human in order to disprove the theory that only humans are wired for language. His harebrained  hypothesis: if raised as a human child, the chimp could learn to communicate syntactically with sign language.  And while Terrace wanted the glory of  “redefining what it means to be human” he didn’t really want to do any of the heavy lifting. That’s where the hippie chick comes in.

Stephanie (ex-lover) took Nim in to live with her and her husband, Wer LaForge. She proceeded to raise Nim like her child. Indeed, she raised him just like many hippie parents of the 70’s did: no boundaries, no borders, no discipline.  And with pretty much the same result - she created a monster. Nim smoked, drank coffee, and brought Stephanie kleenex when she cried. He also threw fits, destroyed things and bit people and other animals. And if Stephanie was a bad mother, she was an even worse scientist. She didn’t follow directions, plans, protocols and refused to keep records.

Through archival footage, interviews with participants and recreated dramatic sequences, filmmaker James Marsh tracks the life of  Nim Chimpsky (is that too cute by half?).  In doing so, the filmmaker may have inadvertently captured the precise moment at which American higher education began its death spiral into irrelevancy.

For this was a self-indulgent, taxpayer funded research project with little in common with serious scientific inquiry. It was initiated by Terrace for self-serving  purposes (to be the first academic to “redefine what it means to be human”). The project itself was  inadequately prescribed upfront, conducted with slovenly protocols and inadequate record keeping. In addition to that there was little regard for the harm that was likely to be inflicted if in fact the hypothesis was wrong. Not altogether unlike Global Warming “research,” although Terrace did eventually concede that his theory was wrong.

While the first part of  the film is often charming and funny, the rest of the documentary is rough to watch (note how frequently this can be said of films at Sundance). Nim is removed from Stephanie and sent to live on an estate with a series of handlers where his behavior grew more violent and unpredictable. From there he was sent back to the chimp farm where he was born, where he had problems with other chimps as well. The farm owner eventually sold his chimps to a biomedical lab –gastly footage - and Nim’s former handlers managed to rescue him for a more dignified “retirement.” The least they could do for a poor animal  they set up to fail.

So how did a well loved,  obviously intelligent (for a chimp), coffee swilling, cigarette smoking chimp end up back at the ranch? Apparently  anthropomorphizing  is a tool better left to poets than scientists. A tiger doesn’t change his stripes. Grizzly bears will eat you if they’re hungry no matter how long you’ve “communed” with them. Chimps will go ape-shit and bite your face when they’re having a bad day. They’re incapable of weighing the consequences, let alone the moral implications. They may be sensate, but they are not rational.

Socializing a chimp as a human is so wrongheaded its hard to know where to begin. Nim was so irrevocably harmed and altered by his well-intentioned betters that he was unfit for either human or chimp society. Score another one for the ivy league elitists who are sure they know  how to run the world.

Ultimately, Terrace conceded that language is probably the exclusive realm of humans (file that under “duh”). Although Nim allegedly learned 125 different signs that he was able to string together, he never learned to use them with correct  syntax . Terrace concluded that Nim learned to mimic his teachers and handlers sign language,  but was incapable of constructing a  “human sentence.”(In this regard, he may have been qualified to run for Congress)

So we’ll give this round to Chompsky, who came down on the right side of reason on this one. A pity he tired of linguistics and wondered into political philosophy, where he has found numerous ways to make up for his excellence in the realm of language.

Posted by DEWEY FROM DETROIT at 9:43 PM