Lord What Fools These Mortals Be 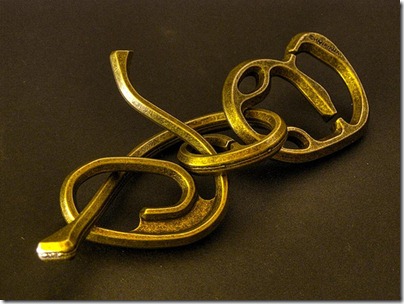 As Woody Allen put it:  "More than at any time in history mankind faces a crossroads. One path leads to despair and utter hopelessness, the other to total extinction. Let us pray that we have the wisdom to choose correctly."

Egypt is like that: an enigma, wrapped in a conundrum, inside a problem. Even if you don’t subscribe to the “everything is gray” school of moral relativity, life often presents complex dilemmas with no ideal choice.

Choosing  between the lesser of two evils makes us decidedly uncomfortable, especially if by so choosing we shut off  access to the other option. It’s arrogant to assume that we can always determine the optimal solution in tricky situations like Cairo’s current uprising. Although generally we come down on the side of our allies, if they have disregarded our demand for reforms – first made and ignored in the Bush administration - despite the injection of huge sums of foreign aid  to support their economy, it renders the relationship precarious. But throwing them overboard doesn’t exactly sent the right message to our other allies, current and potential, either .

The primary reason there is no optimal solution in this political crisis is because the entire Middle East – minus Israel - operates with its right foot planted in the 21st century and its left mired in the 13th. When the majority of your population adheres to a religion that still believes women are chattel, Jews are dogs and jihad is the directive of your supreme commander, Jeffersonian democracy is not really an option.

It’s always tricky for the U.S. when the citizens revolt against a totalitarian regime. Our moral compass tells us we should support such uprisings and do what we can to ensure their success (unless they belong to a subversive organization like the Tea Party). But when all of the governments in the region - including Iraq - are totalitarian and likely to remain that way, the question we must ask ourselves is, which form of totalitarianism do we care to support?

We’re not a fan on any form of authoritarian state, including Mubarak’s, where poverty and corruption are simply a given outcome of  the power structure.  Yet history tells us that Islamic Extremism loves a power vacuum, and more likely than not will be swept in to fill it in the event of the collapse of the Mubarak government. Good conscience dictates we search long and hard before facilitating that outcome.

So far it appears that our foreign policy, at least officially, is to stand and watch while the Egyptians make their own choice. That’s what we did last summer when the Green Revolution rose up against the theocracy of Iran.  Unfortunately, in Tehran, the choice was far more clear cut, as they were already ruled by an Islamic fascist government that’s been in place pretty much since we allowed the last totalitarian regime of the Shah to fall in 1979. But at least we’re consistent.

It’s certainly hard not to sympathize with the Egyptians who are revolting. Their country is socially, economically and politically closer to the 13th century than the 21st, and with the advent of the internet, they now know that. The ruling class is wealthy and everyone else is poor. Poor beyond our comprehension and in ways that would simply not be tolerated in this country.  That’s unlikely to improve under the control of another Islamic theocracy.

The Obama Administration has, by not insisting on changes in Mubarak’s government in the past 2 years, allowed itself to be placed in a catch 22 position: on one path stands our major Middle East ally with all his despair and utter hopelessness, on the other,  the Muslim Brotherhood – and  total extinction.

Parting thoughts for your consideration from my Michigan Representative, Thaddeus McCotter:

For if Egypt is radicalized, all of the reforms sought by the Egyptian people and supported by the United States with them – including consensual and constitutional government; free elections; open and unbridled media; and Egyptian control of their natural resources – will be lost. Nascent democratic movements in the region will be co-opted and radicalized. The world’s free and open access to the Suez Canal’s vital commercial shipping lanes will be choked. And the Sinai Accord between Egypt and Israel – which must be protected as the foundation and principal example for Mideast peace – will be shredded.

Though many will be tempted to superficially interpret the Egyptian demonstrations as an uprising for populist democracy, they must recall how such similar initial views of the 1979 Iranian Revolution were belied by the mullahs’ radical jackbooted murderers, who remain bent upon grasping regional hegemony and nuclear weaponry…

This is not a nostalgic “anti-colonial uprising” from within, of all places, the land of Nassar. Right now, freedom’s radicalized enemies are subverting Egypt and other our allies.

I confess, if it were up to me to decide, I would have to come down on McCotter’s side.

Posted by DEWEY FROM DETROIT at 4:27 PM