Know Thy Enemy: a continuing series 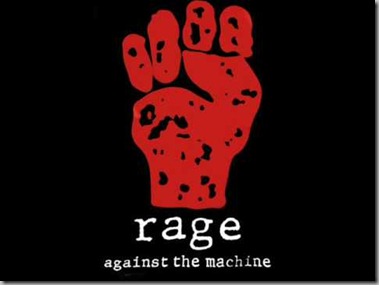 Because Change is a Good Thing. Right?

It’s not easy for Americans to understand the culture and psyche of Islamic Middle Easterners. Especially if you rely on mainstream media sources such as the New York Times.

Indeed, there are allegations that certain quarters of the American Left even helped foment this revolution:

For all the lack of clarity on where the Obama administration stands, one thing is becoming more and more clear: Signs are beginning to point more toward the likelihood that President Obama’s State Department, unions, as well as Left-leaning media corporations are more directly involved in helping to ignite the Mid-East turmoil than they are publicly admitting.

If it is indeed the case that the Obama administration, with help by private-sector companies and the union movement has led an “internet revolution” in the middle east and toppled two governments within a month, the longer-term ramifications for U.S. relations with other allies such as Saudi Arabia and certain other Arab monarchies, could prove to have much more far-reaching consequences.

At a minimum the AFL-CIO looks to be using this as an opportunist vehicle for global expansion of their brand:

While the General Tunisian Workers’ Union (UGTT) was initially involved in helping to set up a transitional government, its leadership has since pulled out due to a popular uprising from the rank-and-file workers. Nevertheless, the AFL-CIO announced on its blog that:

The global union movement is reaffirming its strong support for the General Tunisian Workers’ Union (UGTT) and the Tunisian people in their courageous struggle for equality, social justice, political freedom and democracy.

In a statement, the International Trade Union Confederation (ITUC), which includes the AFL-CIO, said it welcomes the fall of the dictatorship in Tunisia and fully supports UGTT ’s call for an end to corruption and nepotism and a genuine transition toward a true democracy.

So as the left implicitly or explicitly supports revolution in the Islamic world, I wonder if they realize exactly what they are throwing their support behind? Could it be that they actually don’t realize how medieval these cultures are and intend to remain? Or are they putting their money on the “secular democratic movement? If so, they may wish to rethink their position on the malevolence of hedge funds, because I would suggest they hedge their bet against the Muslim Brotherhood. Big time.

Might the left not know that this religious culture continues the barbaric practice of female mutilation in one of it’s largest countries? Perhaps they haven’t ever heard that 90% of Egyptian women ( that’s about 41 million currently) have been genitally mutilated, aka female circumcision, because it is believed to be the will of the Prophet:

The most authoritative Egyptian Muslim scholars continue to recommend genital mutilation. Writing on the web site IslamOnline, Sheikh Yusuf al-Qaradawi - the president of the International Association of Muslim Scholars - explains:

The most moderate opinion and the most likely one to be correct is in favor of practicing circumcision in the moderate Islamic way indicated in some of the Prophet's hadiths - even though such hadiths are not confirmed to be authentic. It is reported that the Prophet (peace and blessings be upon him) said to a midwife: "Reduce the size of the clitoris but do not exceed the limit, for that is better for her health and is preferred by husbands."

Because surely the Left wouldn’t support such barbarism based on the medical/sexual advice of a “prophet” born nearly 2000 years ago? Saying that Islamic cultures dwell in the dark ages is not hyperbole.

Perhaps I just missed the hue and cry from the American left over this? Oh, I know they have condemned it and all. But do they find this as reprehensible as Bush’s civil right violations? Has NOW made it a cause célèbre? No.

The American Left, as exemplified in the “newspaper of record,” obfuscates issues that cause cognitive dissonance. For example, which side of the current Egyptian equation will prove to be more “progressive” in regards to female rights. From a report in the Asia Times:

That is not a Muslim view (the practice is rare in Turkey, Iraq, Iran and Pakistan), but an Egyptian Muslim view. In the most fundamental matters, President and Mrs Mubarak are incomparably more enlightened than the Egyptian public. Three-quarters of acts of genital mutilation in Egypt are executed by physicians.

What does that say about the character of the country's middle class? Only one news dispatch among the tens of thousands occasioned by the uprising mentions the subject(female mutilation); the New York Times, with its inimitable capacity to obscure content, wrote on January 27, "To the extent that Mr. Mubarak has been willing to tolerate reforms, the cable said, it has been in areas not related to public security or stability.

For example, he has given his wife latitude to campaign for women's rights and against practices like female genital mutilation and child labor, which are sanctioned by some conservative Islamic groups." The authors, Mark Landler and Andrew Lehren, do not mention that 90% or more of Egyptian women have been so mutilated. What does a country have to do to shock the New York Times? Eat babies boiled?

Although the real point of Spengler’s article in the Asian Times is to explain that the Mid-East uprisings are due, as usual, to economics, he covers much more sensitive cultural ground than the NYT’s politically correct reporting.  By all means, if you are interested in the economic reality behind this tinderbox, read the entire article. It covers the waterfront.

I was wrong. It wasn't the financial crisis that undermined dysfunctional Arab states, but Asian prosperity. The Arab poor have been priced out of world markets. There is no solution to Egypt's problems within the horizon of popular expectations. Whether the regime survives or a new one replaces it, the outcome will be a disaster of, well, biblical proportions.

David Horowitz also has a fine article discussing the political implications of the upheaval. His conclusion is that if El Baradei forms a coalition with the Muslim Brotherhood, as reported, Egypt will become another Islamic fascist state.

No reason for concern there. If you like brutal, repressive regimes who have vowed to wipe Israel off the face of the earth and form a Muslim world-wide caliph ruled by Sharia law – this is your team.

UPDATES: OTHER MUST READS ON TOPIC

Posted by DEWEY FROM DETROIT at 12:11 PM