The Wisconsin Uprising of 2011: What Would Reagan Do? 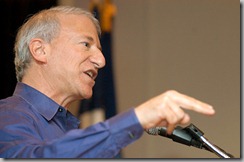 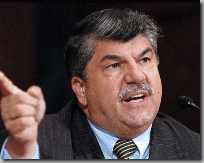 Doug Ross’ article, A Brief, Illustrated History of the Public Sector Unions That Are Bleeding America Dry With the Full Support of the Democrat Party, gives a thorough run-through of how public sector unions are contributing to the ruin of our country in the same way they’ve destroyed Europe. If you read it and that’s not your take away, you’re either hopelessly dim, or, you’re a public sector employee.

Ronald Reagan has been trashed for years as a union buster for firing the air traffic controllers who went on strike illegally. Not only were the PATCO members in defiance of  a federal law banning strikes, but each of the 13,000 air traffic controllers who walked off the job in 1981 had taken an oath not to strike when they were hired. PATCO may have figured that Reagan would bend to their demands, not only to avoid shutting the aviation system down, but because they had endorsed and contributed to his campaign in the 1980 election.  How could they have known that Reagan  was one of few politicians who held duty, honor and country above political advantage? In his meetings with advisers, Reagan quoted Coolidge, "There is no right to strike against the public safety by anybody, anywhere, any time." With the backing of transportation secretary Drew Lewis, Reagan gave the controllers 48 hours to return to work. 48 hours later most of them were fired.

If you’re unfamiliar with this incident, which had a huge impact on labor-management relations for years to come, here’s a decent summary. The short version is, new air traffic controllers were hired and trained, PATCO was decertified, and Reagan did it all without benefit of any polling. Amazingly, the majority of the country stood with their President’s decision, recognizing that principles mattered and yielding to intimidation and threats served no good end.

Here we are still struggling to get out of a deep recession and coping with high unemployment, record deficits, rapidly rising food prices, and a host of other economic problems; and Wisconsin union bosses want union members out in the streets demanding that taxpayers foot the bill for unsustainable benefits packages. I am a friend to hard working union members and to teachers… I greatly admire good teachers and will always speak up in defense of the teaching profession. But Wisconsin teacher unions do themselves no favor by closing down classrooms and abandoning children’s needs in protest against the sort of belt-tightening that people everywhere are going through. Union brothers and sisters: this is the wrong fight at the wrong time. Solidarity doesn’t mean making Wisconsin taxpayers pay for benefits that are not sustainable and affordable at a time when many of these taxpayers struggle to hold on to their own jobs and homes. Real solidarity means everyone being willing to sacrifice and carry our share of the burden. It does no one any favors to dismiss the sacrifices others have already had to make—in wage cuts, unpaid vacations, and even job losses—to weather our economic storm.

Hard working, patriotic, and selfless union brothers and sisters: please don’t be taken in by the union bosses. At the end of the day, they’re not fighting for your pension or health care plan or even for the sustainability of Wisconsin’s education budget. They’re fighting to protect their own powerful privileges and their own political clout. The agenda for too many union bosses is a big government agenda that only serves the union bosses themselves – not union members, not union families, and certainly not the larger community. Everybody else is just there to foot the bill; and if that bill eventually takes the form of thousands of teachers and other public sector workers losing their jobs because the state of Wisconsin can no longer afford to keep them on the payroll, that’s a risk the union bosses are willing to take as long as their positions are secure. Union brothers and sisters: you are better than this and you deserve better. Don’t be led astray.

Yes, he might say something like that. Except those are Sarah Palin’s words – you know, the other idiot too dumb to be president? The elite Left would consider neither Reagan nor Palin adequately intellectual for entry to their exclusive salon. So how is it that these “idiots” are able to speak so candidly, state the facts so frankly and communicate their concepts so clearly to people in fly-over?

Maybe it’s because they hold duty, honor and country above  political advantage? Or possibly because they are driven by principles that they’ve internalized years ago, and don’t have to take the pulse of the public to know what they think? Perhaps both. 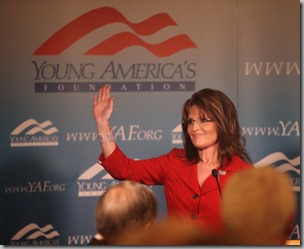 The elite Left, however, will continue to believe that it’s because those of us in fly over just aren’t sophisticated enough to comprehend the wisdom of their superior intellects.

Posted by DEWEY FROM DETROIT at 9:24 PM