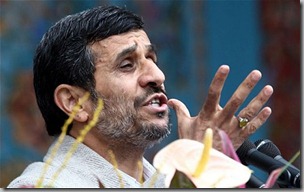 The happiest man in the Middle East today

The past two weeks seemed like an extended run of Improv Night at the White House. And like the rest of us, the participants had no idea how it would all end.

Now that Mubarak has finally left, and as we wait to find out what democracy is going to look like in Cairo, let’s do a quick review of the regime’s improv theatre troupe, Cairo edition. The initial assessment: no one is ready for prime time.

Joe Biden:  Mubarak’s not a dictator, and shouldn’t step down.

Hillary Clinton: after a week and half of mealy-mouthing our support, or lack thereof,  for Mubarak she came back on stage to say that he can’t leave too quickly (which I guess could be taken either way: nicely played).

Frank Wisner, Special Envoy to Egypt: oddly claimed last Saturday that  Mubarak-must-stay for an orderly transition, but what does he know?

James Clapper, Director of National Intelligence, describes the Muslim Brotherhood as “largely secular” – largely secular!?! That’s like calling the Democratic Underground “largely conservative.” He couldn’t be more wrong. We need a clapper for this guy.

Robert Gibbs: continued to dance all over the map on the situation, finally landing, prior to his permanent departure from the mic of power, to land on “we’re watching a fluid situation.”

And the Most Intelligent Man in the Whole World, after proclaiming last week that Mubarak must leave immediately walked it back and followed the lead of his Secretary of State by parsing his words into something close to total obfuscation:

The Egyptian government must put forward a credible, concrete and unequivocal path toward genuine democracy, and they have not yet seized that opportunity.

Even so, he was shocked when reports of Mubarak’s resignation turned out to be greatly exaggerated last night.

The whole situation resembles nothing so much as a Chinese fire drill. 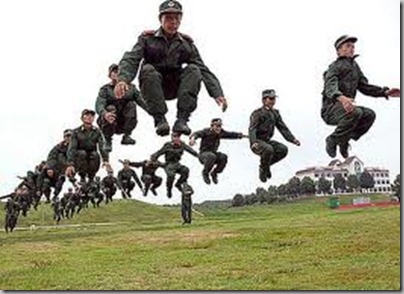 It’s as though this administration has forgotten, or never knew, that diplomacy is most effective when handled quietly, steadily, professionally behind the scenes. But that model of diplomacy doesn’t fit well with Obama’s “look at me” administration. They believe that anything worth doing is worth doing in such a way that it can be duly reported by their slobbering media sycophants.

This attitude was honed by years of community organizing: a “profession”  that requires media coverage in order to generate power. The message does not have to stand on it’s own if you can rabble rouse enough attention to force the “man” to respond to your demands. The basic assumption of community organizers is that conflict and social struggle are necessary in order to address the root causes of social, economic, and political injustice. More to the point, this conflict and struggle must be duly showcased by the compliant and sympathetic media in order to achieve the desired transfer of power to the powerless.

Oddly, now that Mubarak has been forced to give up his presidential powers, he has handed the reigns of power over not to the powerless, but to the Armed Forces Supreme Council.

We could not have been caught more flat-footed than we were on the Egypt situation. Need I point out how dangerous this is? For us, for our allies. Our government doesn’t have any more idea than we do what “democracy” in the Middle East is going to look like.

Sleep well. Maybe there won’t be any more 3:00 AM phone calls. In the mean time, pray for Israel.

Posted by DEWEY FROM DETROIT at 12:37 PM