Propaganda with Mayo on the Side

Allow me to disabuse you of any misconception you may have that the Left’s spokesmen are misguided, but principled, ideologues:

Yes, that’s right. James Carville. Shilling for Miracle Whip. And doesn’t it just figure that he’s back hawking something oily and slimy?

Apparently his wife favors Hellmann’s, aka Best Foods west of the Rockies. That’s the “right” choice. Which way do you go? 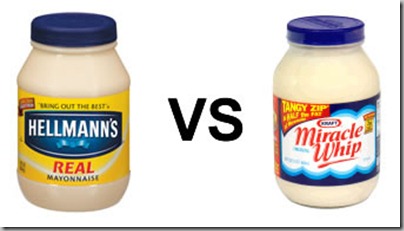 The Real Deal made with eggs, oil, lemon juice and vinegar or emulsified processed salad food product loaded with sugar and high fructose syrup? (Don’t worry, both will be banned from school lunch rooms soon, with delis shortly behind.)

But still. As sleazy as James Carville and Paul Begala - Clinton’s two headed team of shameless shills - were,  they look like pikers compared to the Won’s staff of community organizers, panderers and adjunct media whores. 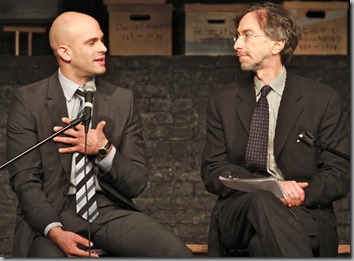 Kass with Corby Kummer, “erudite food editor” at The Atlantic.

...The new title more accurately reflects Kass' broad range of duties, as internal and external expert on all things health, kids, and food."

We’ll discuss his qualifications for this position later. In his current role, his key responsibility seems to be spreading  Michelle’s gospel of healthy eating. This has been documented on the Obama Foodorama Blogsite, which appears to be another propaganda arm of the White House. It bills itself as:

“The blog of record about Obama food initiatives, with reporting from the White House by Eddie Gehman Kohan.”

Although it originally claimed:

According to “ObFo,” as the blog refers to itself, here’s what we’re getting from Sammy for our tax dollars:

In 2010, Senior Policy Advisor for Healthy Food Initiatives Sam Kass traveled around America, bringing the message of First Lady Michelle Obama's Let's Move! campaign to thousands of people. He visited schools. He visited conventions. He spoke with trade groups. He cooked for America's governors. On Feb. 18, for his first roadtrip of 2011, Kass visited New York City to give the keynote address at the Regional Conference of the International Association of Culinary Professionals (IACP). Kass had a double mission: He was simultaneously celebrating the Year One achievements of Let's Move!, and wooing the food experts to join Mrs. Obama's campaign…

…The theatre was filled with people who spend their lives creating things to delight the senses, but Kass reminded them that they have a higher calling. Culinary professionals, Kass said, need to embrace their responsibility for health initiatives through food, and become advocates and activists in their communities.
"The First Lady has asked us to step back--all of us--to think about this," Kass said.

Yes - STEP AWAY FROM THE MAYONNAISE! If you have the stomach for it, there is much, much more propaganda contained in Ms. Gehman Kohan’s post on Kass. And still more elsewhere on her blog, which has become “one of the leading blogs on food justice and advocacy.” Who even knew there was a competition?

You may wonder what credentials Mr. Kass possesses that qualify him to serve as Senior Policy Advisor for Healthy Food Initiatives and Message Boy for the Food Nanny in Chief’s Let's Move! campaign. Here they are: he was the Obama’s personal chef in Chicago. And he was named one of People’s Magazine 100 Most Beautiful People in 2009. Pretty much the same qualifications Michelle has, except for the “personal chef” experience.  Or the “Beautiful People”part. 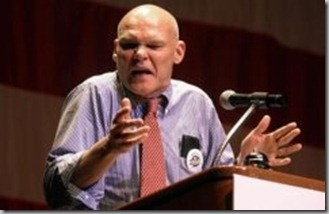 The liberal rule of relativity works to James benefit. Even he doesn’t look or sound so bad any more.

Posted by DEWEY FROM DETROIT at 10:34 PM