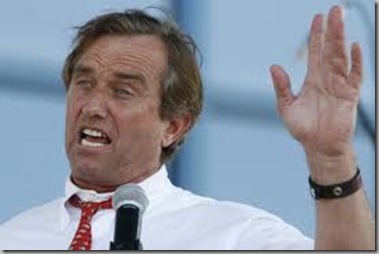 As the Church Lady from SNL might say,  “Well, isn't that SPE-CIAL?!”

Environmental lawyer, green-at-any-cost activist and all around limousine liberal, Robert F. Kennedy Jr., is opposed to the Cape Wind project. Cape Wind is a 25 square mile, “greener than green,” “cleaner than clean,” “alternative energy” “wind farm” on Nantucket Sound,  smack dab in the line of sight from Hyannis. You know -famous Kennedy lair and elite playground of hypocrites too many to mention.

Today’s Wall Street Journal ran RFK Jr.’s editorial titled Nantucket’s Wind Power Rip-off.  Hopefully it was there as either a humor piece or to highlight the complete audacity of such hypocrites; but more likely it was given column width because someone, likewise special, “requested” its placement. The alternate titles that immediately cross your mind are endless: “Help! Someone’s goring MY ox!,” “Charlatan opposed to blow-hards” and “NIMBY  discovers the calculator.”

That the scion of the Kennedy family could write something of this caliber for publication demonstrates proof positive that the Kennedy DNA ran out of functioning brain-stock after the JFK generation – and had started to thin out dangerously even towards the end of that run of progeny.

Someone needs to tell the politicians in Boston and Washington that Cape Wind, the long-stalled plan to cover 25 square miles of pristine Nantucket Sound with 130 massive steel windmill-turbine towers, is a rip-off. That someone is most likely to be the newly enlightened electricity ratepayers—and voters—of Massachusetts.

In the past few months it has become clearer than ever how much this giveaway of public property is going to cost them if Cape Wind is ever built. The numbers are staggering.

And this would be a surprise to…whom?

Vermont wants to take its nuclear plant off line and replace it with clean, green power from HydroQuebec—power available to Massachusetts utilities—at a cost of six cents per kilowatt hour (kwh). Cape Wind electricity, by a conservative estimate and based on figures they filed with the state, comes in at 25 cents per kwh.

Why, that’s shocking! Who knew green energy could be such an expensive “rip-off!”  But wait, is that hydro-power? The kind the environmentalists have blocked all across America because of the damming of rivers? When will we stop killing our fishies?

In Massachusetts, the utility company NSTAR has fought off intense political pressure to commit to buying Cape Wind's power when and if it becomes available. CEO Tom May has repeatedly said such a contract would impose far too large a burden on his ratepayers.

Odd, that has never impressed greenies in the past. Isn’t clean, carbon free energy worth whatever it cost because we’re saving the planet?

Instead, and to meet the state's requirements that utilities purchase 3.5% of their power from "green" sources, NSTAR has contracted with several far less expensive land-based wind-power providers.

Yes, that state mandated “green” power could really backfire on us.

According to NSTAR's own filings to certify compliance with the green-power requirement, these contracts come in at $111 million below market averages over the standard contract period of 15 years. The price of Cape Wind power comes in at well over $1 billion above market averages, according to Cape Wind's own regulatory filings about its contract with National Grid, the utility company that has agreed to buy half its power.

Hmmm. It sort of sounds like wind-turbine power is not, dare I say it? Cost effective? Maybe we could we revisit those river dams?

If the sea-based wind farm off Nantucket did begin operating, it is safe to deduce that National Grid customers would be getting fleeced compared to their NSTAR neighbors. The land-based wind alternatives that have sprouted up over the last decade have given utilities far cheaper alternatives to the unbuilt Cape Wind.

Bluntly put: Whether you agree or disagree with the fishermen, homeowners and environmentalists who have fought Cape Wind for a decade, [ed. aside from the fishermen, they’re mostly all Kennedys. And shouldn’t that be ‘fisherpersons”? the fact is this project makes no sense for ratepayers and taxpayers. Vastly cheaper forms of energy, and not just wind, are now available.

No sh*t, Sherlock. We’ve been trying to make that point for, well, a decade or more.

Despite this, there are ominous signs that NSTAR, after years of fighting off pressure by the state of Massachusetts to jam its customers with higher costs, is being told to accept the higher costs after all. The state's leverage? A proposed merger of NSTAR with Northeast Utilities.

Don’t you hate it when that happens? Having your own crap jammed down your own throat?

In only the latest example of how heavy-handed Cape Wind's backers are, Massachusetts has suddenly agreed to change the rules for utilities as they apply to mergers and the reduction of greenhouse-gas emissions. In effect, the state administration is trying to hold hostage the proposed NSTAR-Northeast Utilities merger unless the two electric companies agree to buy Cape Wind's power.

Where do those special interest project groups learn to be so heavy-handed? Oh, that’s right: community organizers. And race mongers.

Stopping Cape Wind is no longer merely about preventing the desecration of sacred Native American land, including land now under shallow waters in the Sound, where the turbines would also obstruct religiously significant views of the sunrise and sunset.

Did he write that with a straight face? Really?

It is no longer simply about protecting fish and fishing—which Massachusetts Gov. Deval Patrick has moved to do for other areas of the state. Those reasons, along with protecting the safety of boats and planes while saving Cape Cod and the Islands from a devastating blow to tourism and property values, are still valid.

Stopping Cape Wind is now about preventing us from buying into a boondoggle: from investing desperately needed federal, state and ratepayer dollars in a single project, on public land, for the benefit of a private developer when better and cheaper renewable energy—from wind and water power—is abundantly available.

So Mr. Kennedy, may I put you down as being in favor of building new hydro-dam projects in America? How do you feel about fracking – assuming it’s not done on or anywhere near Cape Cod?

Although Graydon Carter declared that irony was dead a decade ago , I think it is now fair to say it has been resuscitated – and to it’s original meaning. But progressives still have no sense of humor. It’s like the adage, “It’s always funny until it’s about you.” Suffice it to say, this is all about Robert F. Kennedy Jr.

Can we now announce the official end of the run of Camelot on the American stage? 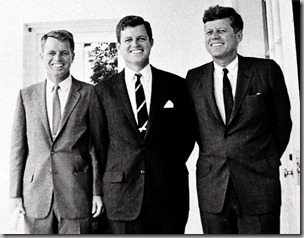 To-morrow, and to-morrow, and to-morrow,
Creeps in this petty pace from day to day,
To the last syllable of recorded time;
And all our yesterdays have lighted fools
The way to dusty death. Out, out, brief candle!
Life's but a walking shadow, a poor player,
That struts and frets his hour upon the stage,
And then is heard no more. It is a tale
Told by an idiot, full of sound and fury,
Signifying nothing — Macbeth (Act 5, Scene 5, 19-           28)

* “Jane, you ignorant slut” is the tag line from SNL’s infamous Point/Counterpoint segment with Dan Akyroyd and Jane Curtin.

Posted by DEWEY FROM DETROIT at 6:12 PM