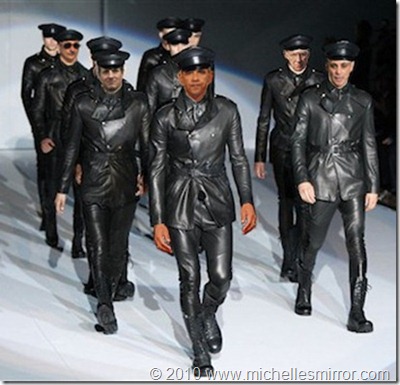 SadHill has done all of the legwork on this so I’ll just direct you to his site to read the whole thing, but here’s the concept in a nutshell:

Do you remember when Obama told us in 2008 that he wanted to establish a civilian police force “just as powerful, just as strong, just as well-funded” as the US Armed Forces? 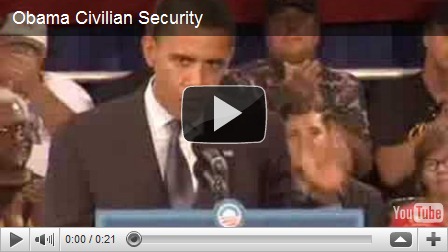 Well, like the rest of Obama’s really big anti-American ideas, those were not “just words.” Moonbattery reports:

Like his promises to make energy prices skyrocket and to bankrupt the coal industry that provides us with half our energy, this is one he will try to keep. The Rand Corporation has released a massive 213-page study entitled A Stability Police Force for the United States: Justification and Options for Creating U.S. Capabilities (PDF).

This wasn’t an exercise in idle speculation. The study was prepared for the United States Army...

If you’re asking yourself how they can just keep looting and wasting when it’s obvious the collapsing economy will drag the country into total chaos if they don’t stop, here’s your answer. Obama et al. want it to collapse, and they plan to be ready when it does.

And don’t forget who that civilian police force is likely to be used against: us.

Read the entire Sadhill post, where he has mined the Rand Corp PDF document so you don’t have to.

Hitler had his “Brownshirts,”

Mussolini had his “Blackshirts”,

And Obama will have his… 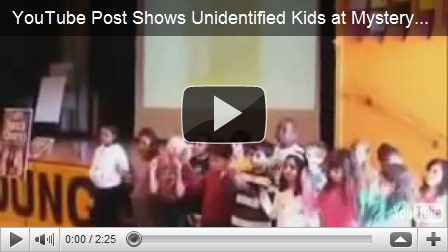 Need I even bother to mention that this egomaniacal Marxist must be stopped by any and all legal means available?

Yes, elections do have consequences.

“ Those who exchange liberty for security deserve neither.”  Benjamin Franklin

Posted by DEWEY FROM DETROIT at 1:38 PM