I Don’t Care About the Debt Ceiling: The Sky is Falling! 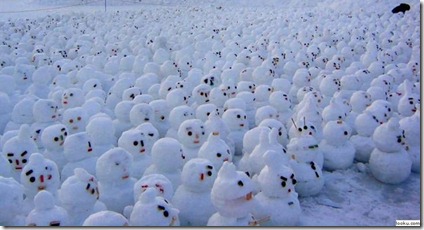 Whoops! Not so fast Chicken Little:

"The satellite observations suggest there is much more energy lost to space during and after warming than the climate models show," Spencer said in a July 26 University of Alabama press release. "There is a huge discrepancy between the data and the forecasts that is especially big over the oceans."

Let the record reflect that the new data comports with all known laws of thermodynamics - unlike any and all of the UN’s “computer generated models” that defy them.

In related stories: A federal wildlife biologist whose observation in 2004 of presumably drowned polar bears in the Arctic helped to galvanize the global warming movement has been placed on administrative leave and is being investigated for scientific misconduct, possibly over the veracity of that article.

The article and presentations drew national attention and helped make the polar bear something of a poster child for the global warming movement. Al Gore's mention of the polar bear in his documentary on climate change, "An Inconvenient Truth," came up during investigators' questioning of Gleason in January.

Can I have a show of hands on how many are in favor of rescinding so-called “post-normal science” in favor of the old fashioned kind that actually requires you to follow the rules of logic rather than making them up to fit your theory? 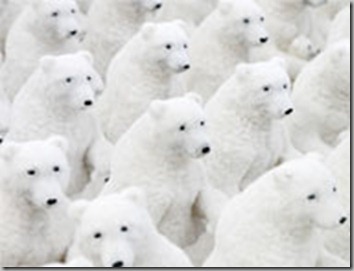 Snow goons will melt, but polar bears will be fine

But if you’re just looking for something other than the debt ceiling to worry about on this hot summers day, I’ll give you something to worry about: Global Densification. And here are some answers to FAQ’s regarding GD’s impact and threat to humans.

I swear, it’s at least as serious a threat as Global Warming. 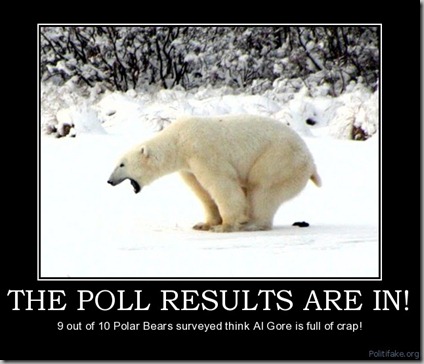 Posted by DEWEY FROM DETROIT at 2:06 PM