Obama signed the order, known as a presidential "finding", within the last two or three weeks, according to government sources familiar with the matter.

Such findings are a principal form of presidential directive used to authorize secret operations by the Central Intelligence Agency. This is a necessary legal step before such action can take place but does not mean that it will.

The CIA and the White House declined immediate comment.

But still, no need to involve Congress. They’ve kind of busy maneuvering a government shut down into place, since they haven’t been able to pull a federal budget together yet – for the fiscal year that started last October.

They dither as the prospect of the U.S. providing arms to the rebels comes to light, although the President claims no decision has been made; "We are examining all options to support the opposition."

Well, yes. After announcing your kinetic military action against Qaddafi, you really pretty much have to. Even Sarah Palin has pointed out that if Qaddify somehow manages to stay in power – and it looks like he could at this juncture – he will dedicate his life and his terrorists to coming after us. As he did before.

Still, there are issues with both “covert actions” which might be considered “boots on the ground” to some, and arming the rebels:

Rep. Mike Rogers, head of the House Intelligence Committee, warned the Obama administration against sending arms to the Libyan insurgents.

"It's safe to say what the rebels stand against," Rogers, R-Mich. said. "But we are a long way from an understanding of what they stand for. We don't have to look very far back in history to find examples of the unintended consequences of passing out advanced weapons to a group of fighters we didn't know as well as we should have."

"We need to be very careful before rushing into a decision that could come back to haunt us," Rogers said.

He’s talking, of course, about the Afghan mujahedeen, who we armed and funded in the 1980s in their fight against the Soviets, only to have them morph into the Taliban who are fighting against us today – with our weapons.

At least “some” on Capital Hill are “concerned.”

Some are also leery about arming a disparate rebel army with no clear leadership, no clear agenda, and comprised of fighters potentially driven more by loyalty to tribe than country.

In addition, there (are) allegations that some of the rebel fighters have ties to militant Islamist groups al Qaeda and Hezbollah. 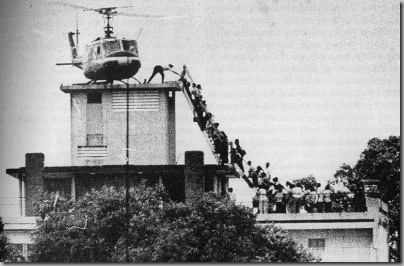 For those to young, or historically challenged, to remember: we originally got into Vietnam to save France’s butt too. And our boots on the ground there were called “advisors.”

I hope someone in this administration knows something about history. I’m sure Bill Ayers does, and he can’t be too happy with this turn of events.

Posted by DEWEY FROM DETROIT at 7:02 PM