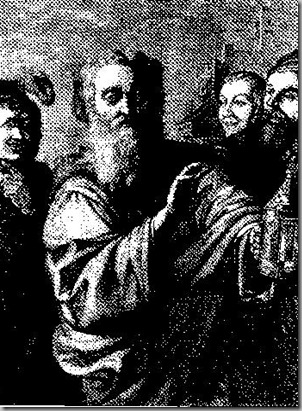 With Monday's announcement that the Obama administration will resume military tribunals at Gitmo… Administration officials had some 'splainin' to do.

And so they assembled some top-notch lawyers from across the executive branch and held a conference call Monday afternoon with reporters. The ground rules required that the officials not be identified, which is appropriate given their Orwellian assignment. They were to argue that Obama's new detention policy is perfectly consistent with his old detention policy.

Orwellian indeed. A better use for Newspeak would be hard to imagine. Perhaps this explains in part the disturbing phenomenon that New York Times executive editor Bill Keller recently pointed out at a New York Press Club session:

"I think if you're a regular viewer of Fox News, you're among the most cynical people on planet Earth," Keller snarled. "I cannot think of a more cynical slogan than 'Fair and Balanced'.”

Mr. Keller’s tone seems to be dismissive, even derisive, of Fox viewers. He conjures up all of the negative definitions and connotations of “cynicism,” skepticism’s menacing big brother.

Perhaps some Fox viewers are born cynical but the vast majority of cynics are made, not born. Most of us are born optimistic and naive, willing to believe what we are told by trusted people and respected institutions. But as we mature, experience and reality intrude. We grow skeptical of charlatans and weary of liars who seem to grow bolder and more brazen with every cumulative decade. “Fool me once, shame on you”… and all that. Indeed, one man’s cynic is another man’s realist, ten years hence.

But I wonder: how does Keller think cynics come to distrust and disparage others motives? Does he ever consider that his masthead may be a major contributor?

Does he think that lies and half truths printed as facts in the “newspaper of record” might contribute to people’s cynicism?

That the NYT is a liberal newspaper is undeniable. In 2004, it’s own Public Editor, Daniel Orkent, freely acknowledged that.

He went so far as to concede that while it’s one thing to have a point of view, it’s quite another

“to tell only the side of the story your co-religionists wish to hear. I don't think it's intentional when The Times does this. But negligence doesn't have to be intentional.”

Indeed. When news, culture and science stories convey implicit advocacy for a favored position, you’ve moved beyond the gray area of  journalism, and slipped into the yellow  – where half-truths and outright lies reside. When your readers begin to notice, they no longer trust your claim of  being “non-biased.”In fact, they no longer belief anything printed under your masthead. And yes, their experience may even make them grow cynical of “official mouthpieces.”

While your “urban” reader may remain a devout believer – and reader - your less-urban readers in fly-over will cancel their subscriptions and look elsewhere for information.

But as long as you find the Fox banner “Fair and Balanced” more cynical than the Times claim of “All the news that’s fit to print,” you’ll never get it.

Ironic, isn’t it? And you can’t get much more urban than irony, can you?

Posted by DEWEY FROM DETROIT at 3:41 PM