LINKED BY FAUSTA: THANKS!

Steven Forbes has an op-ed in Politico this week in which he notes the obvious: Barack Obama repeating Jimmy Carter’s mistakes.

His focus is on our MIA energy policy, and he’s pulling no punches:

The Obama administration is repeating the mistakes of President Jimmy Carter’s failed energy policies, which marred his term and stigmatized the 1970s. They are leading us straight into another national energy disaster.

While there’s little to disagree with in Forbes’ opinion piece, it’s really just the tip of the iceberg when it comes to Obama repeating Carter’s mistakes. It inspired me to update my 2009 Welcome Back Carter flatsimile video to capture some of the new similarities that have cropped up between JC an BO since then.

But still, there’s much more. Carter, like Obama, faced a drastic erosion of the value of the US dollar and a persistent trade deficit, much of it a result of US dependence on foreign oil – a situation that his administration did nothing to correct.

Obama’s deficit is a bit more complex. There’s the continuing dependence on foreign oil, a foreign trade policy favoring foreign countries, and  - the elephant in the Capital Rotunda – runaway federal spending. And just like Carter’s, the Obama administration is doing nothing to rectify any of  them. It’s almost as if he’s following Carter’s spent entrails on purpose.

Here are a few of  the other uncanny similarities between these two presidents that I couldn’t squeeze into my video:

In mid-1979 Carter advanced his long-term energy program. He proposed a limit on imported oil, gradual price decontrol on domestically produced oil, a stringent program of conservation, and development of alternative sources of energy such as solar, nuclear, and geothermal power, oil and gas from shale and coal, and synthetic fuels.

Obama favors much of this policy, although for different reasons: Jimmy Carter didn’t yet know about globull warming when he put his policy together. He therefore didn’t know about the damage that oil, shale gas, and coal would inflict on the planet. So naturally they’re not included in Obama’s  list of domestic fuel sources. Neither is nuclear: too scary. So that leaves solar, geothermal, that new-fangled concept – wind… and mice on treadmills.

Carter began his administration with a $27.7 billion deficit, 4 years later, it had grown a whopping 113%, to $59 billion. Obama’s 2011 deficit is forecast to hit $1.5 trillion. That’s trillion, my man. And still growing. Match point, Obama.

Jimmy Carter, in his wisdom, created the departments of education and energy; Obama has found additional uses for both departments, including getting out the vote, WTF (winning the future) and shutting down the oil industry.

APPEASING THE HAVE-NOTS BY GIVING THEM STUFF

Carter, in a misguided attempt to soften America’s stance towards third world dictators, determined it was necessary to remove America’s “colonial outpost” in Panama and hence gave the strategic and economically important Panama Canal - built and paid for by American taxpayers - away.

Obama has softened America’s stance towards everyone. And it appears that  he wants to give Texas, Arizona, New Mexico and parts of California back to Mexico.

Carter fought for a National Health Insurance, but, alas, did not find support for it in Congress.

Obama fought for National Health Insurance, “found” support for it in Congress, but, alas, not so much amongst the American people.

Both Carter and Obama had radical-liberal mothers, and embarrassing brothers. 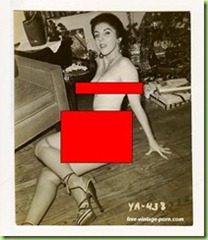 Both Carter (1979) and Obama (2009) bailed Chrysler out. While they rebounded in less than 3 years last time around, this time they’re owned by an Italian bicycle company.

Both presidents have resided over awesome unemployment rates. It’s a little hard to compare unemployment rates under Carter to prior presidents, as his administration was the first to remove the “chronically unemployed” from the reported numbers. And even with that little trick,  the official rate leveled out around 7.5% at the end of his administration. Obama’s had that number beat 6 months in. And we don’t even know what bureaucratic tricks have been applied to keep unemployment  below 10%.

Carter’s presidency presided over chronically high inflation, with the national  rate hitting 13.6% in 1980, the year he lost to Reagan. With the unemployment rate also running high, Carter bested the “misery index” that he had mocked his opponent, Jerry Ford, about in 1976. It stood at 13.5% when he beat Ford, and rose in each subsequent year, settling at 20.8% when he lost his bid for re-election.

Thus far, Obama’s been lucky. Inflation hasn’t spiked along with unemployment to create the kind of stagflation that generates a really high misery index. But with corn still being subsidized to make ethanol (an inherently less efficient fuel), look for everything related to corn to continue to inch up: meat, eggs and any food that uses corn syrup as a sweetener. Likewise, with our insanely missing-in-action energy policy, combined with continuing bans on all types of domestic drilling, and unstable supply and prices from the Middle East (not to mention the new carbon standards that the EPA has deemed to impose on businesses) look for the price of EVERYTHING to go up. There are few commodities or services that don’t have energy costs embedded in their price.

The three Mile Island nuclear accident occurred on Carter’s watch. The partial core meltdown (completely contained, with no resulting deaths or injuries) followed by media panic  and environmentalist histrionics resulted in the de facto shuttering of the nuclear power plant industry in the U.S..  There has not been one newly commissioned nuclear plant since. In fact, 120 plants on the drawing board at the time were cancelled. Of the 104 plants operating today (or in the case of Watts Bar, still being constructed) none were commissioned after 1974. We are decades behind other industrial countries in every aspect of nuclear power.  The power source once touted  as “too cheap to meter” is now too expensive for a utility to even propose to the Public Service Commission.

The Deepwater Horizon Oil Spill occurred on Obama’s watch, and it appears that he intends to follow Carter’s lead by doing his best to shut down the oil industry too. We’ll all be off-grid soon. As I said before, it’s almost uncanny.

So there you have it. Still not a comprehensive list of  all the similarities between these two candidates for “worst U.S. President, ever.” For example I didn’t mention that Chris Matthews was a speech writer in the Carter Administration, did I? And now, 30 years later, here he is - still a mouthpiece for the Administration. Only now, he actually gives the speeches for the President; nightly on Ms.NBC. 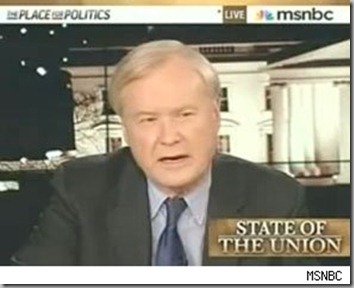 Chris Matthews reads the SOTU from TOTUS for POTUS

And while Carter had Zbigniev Brzezinski as his National Security Advisor to guide him on all critical international issues, 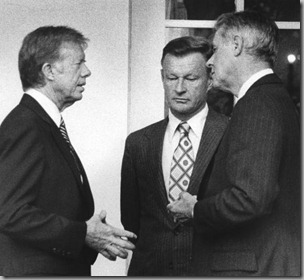 Jimmy Carter with Zbigniev, back in the day

Obama has his daughter, Mika Brzezinski, carrying water every day on Morning Joe. 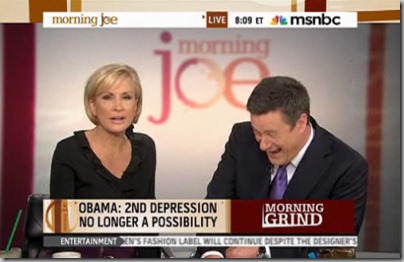 And sometimes, Dad still stops by to help with the really heavy lifting. 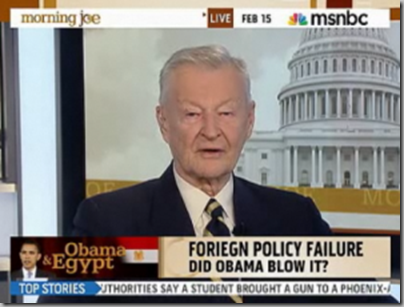 (In case you don’t know what mess ZbIgniev was cleaning up after, you simply must watch Niall Ferguson dismantle an entire panel of Ms.NBC talking heads.)

Posted by DEWEY FROM DETROIT at 1:25 AM