Ann Barnhardt, the Koran and a Reasoned Approach to Appeasing the Unappeasable 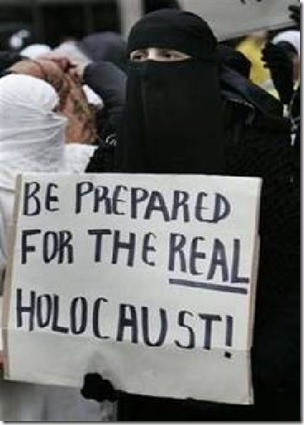 Ann Barnhardt has given voice to the evil whose name we dare not speak: Islam. The religion of peace. If you are one of the few people who frequent conservative blog sites who hasn’t seen the Barnhardt videos you can view them here.

Ann’s articulate and unapologetic take down of not just the religion of peace, but its politically correct apologists and appeasers has generated an enormous amount of online buzz. Much of it is resoundingly supportive: people who feel someone has finally found their voice, and given words to their frustration. Others have been dismayed by what they consider her unnecessary stridency, and fear it will be responsible for even more violence and deaths at the hands of radical Islamists (inadvertently punctuating Barnhardt’s point for her). And some, of course, who feel she is a narrow-minded, ignorant moron who should just shut up and/or suffer physical harm (likewise reinforcing her points).

Here is a synopsis of her three-pronged treatise: first, she abhors much of Islam’s circumscribed teachings which are sub-human,  perverted and would be considered criminal anywhere outside of Sharia law. Secondly, she condemns America’s  inexplicable embrace of the “religion’s” essential premises which are antithetical to freedom and democracy. And third, she finds our political leaders willingness to compromise our values and principles to accommodate this anti-American, anti-democratic “religion” despicable, cowardly and treasonous.

She focuses her attack on the appeasement mindset, as exhibited by Lindsey Graham on Face the Nation last Sunday, that serves to excuse the horrifically violent behavior of  practitioners of the religion of peace while condemning the non-violent acts (sorry, burning a Koran is not violent in any normal meaning of the term) of Terry Jones. Barnhart simply points out the supreme stupidity of such fallacious logic. She attempts to explain to the “can’t we all just get along” crowd why we can’t; why it is completely illogical to think that we can somehow appease and accommodate this bizarro, stone age political philosophy of submission, misogyny and pedophilia masquerading as religion.

You can mark me down as unequivocally in Ann’s  bacon-smeared-Koran-burning camp.  I, too, am sick to death of people who think that if we just tone down the rhetoric and are more responsive to the sensibilities of the aggrieved practitioners of the religion of peace we can keep a lid on the shenanigans of the militant Islamic fascists. If we just acquiesce a little, maybe they’ll  stop with the atrocities: like the brutal decapitations of Daniel Pearl and Nick Berg, to put a face on 2 of them, the car bombings, the self-immolating human firecrackers trying to down airliners and the crazy fly-boys who land jets in skyscrapers.

Not only is that thinking lethally wrong, it’s delusional. It is a weasel’s gateway to hell. Appeasement of people whose philosophy is diametrically opposed to democratic principles always and necessarily creeps stealthily towards tyranny. Appeasement is not designed to mollify the likes of the Amish or the Lutherans, who are no threat, but rather it seeks to mollify the strident. Appeasement is designed for those who would do us harm and have proved themselves to be inherently dangerous, in hopes that they will take what we have to give and wander off to find a different victim.  Intimidation is their method of extortion: if they were not intimidating, e.g. the Black Panthers, the Nation of Islam and fundamental Islamists, there would be no reason to acquiesce to there requests.  Get it? And no, that doesn’t make me a racist, it makes me a realist.  I don’t see anyone suggesting that we need to appease Catholics. Or Jews. Or Evangelical Christians, Methodists, Episcopalians, Baptists or even Scientologists – regardless of their skin color. None of these peaceful religious sects want to kill or maim us simply because they don’t like who we are and how we live.  And more importantly, their “religion” doesn’t instruct them to do so.

So let’s be clear: appeasement is reserved for those we consider dangerous to our way of life. In that regard alone it is the most counterintuitive strategy imaginable, as it gives more power to those who threaten us. And the greater the threat to our way of life, the larger the price of appeasement, and the more power we willingly hand over to the enemy. The appeasement route as a strategic defense is a historical, verifiable act of insanity. Anyone with a passing knowledge of history knows this.

Islam has launched a coordinated marketing program on par with that of  the Nazi’s, except Hitler had nowhere near as many useful idiots espousing his propaganda for him. The “religion of peace” has garnered support, deference and alms from every influential organization in this country: politicians, the MSM, academics and Hollywood. In a classic case of “who you gonna’ believe, me or your lyin’ eyes” mendacity, we have been told that violent Islamists are but a small portion of the much larger population of moderate Muslims practicing the religion of peace. Even if we were to accept that premise - which I grow less and less inclined to do as I examine their most holy book more and more - let me ask this: if the fanatical minority is so small, why is the West bending over backwards to appease all Muslims? What, other than their “religion’s” antipathy towards all things Western, makes the West feel they must be treated with far more deference than any of the established Western religions? 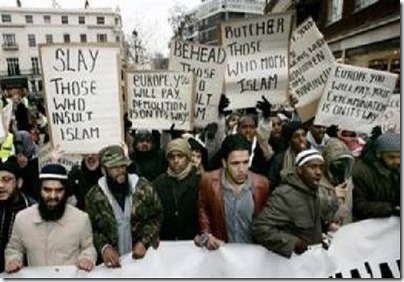 Why are Muslims not working with Western nations to root out this “tiny minority?” What’s wrong with this picture? Where are all those moderate Muslims we keep hearing about? We can take their silence to be apathy at best and complicity at worst. Either way, the peaceful majority is irrelevant .

Why do we continue to co-opt our moral sensibilities to accommodate theirs? If they feel the Koran is not just a holy book, but the most holy book, why must we concede this point by physically placing it above all other books in libraries and book stores?

Will this appease our Muslim brethren? No my friend, it will not. Because the only way they will be appeased is by complete submission to Allah. Read the teachings in their most holy book for yourself.  And yet our naïve President believes that we can just sit down and reason with these people to achieve peace and harmony. His worldview lacks one vital touchstone of reality: you cannot reason with zealots. Nor can you appease them.  If you could, the conflict between Palestine and Israel would be over by now.

Let’s analyze the art of appeasement exclusively with our left brain and leave the right brain to deal with something where feelings might actually be beneficial, like deciding who to vote for on American Idol.

My first question is, “on what grounds are we to reason with people who harbor unreasonable hatred toward anyone who is not like them?” People whose most holy book instructs them to kill all infidels - that seems rather exclusionary doesn’t it? Just like racists. 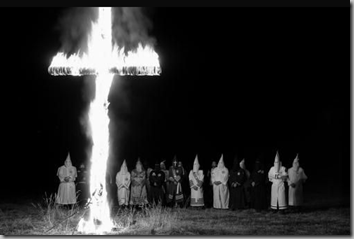 How might one go about reasoning with racists do you suppose, in order to get them to stop lynching black people? Maybe we could all just agree that, when in public, blacks must cover themselves from head to toe in – oh, I don’t know, maybe a burka – in order not to offend the racists? Would that work? Not enough? OK, then how about if we ban them from using public water fountains and bathrooms? How’s that?

Secondly, how do you suppose we can reason with people whose religion teaches that Jews are inhuman, lower and dirtier than a dog? That almost sounds anti-Semitic. How shall we reason with anti-Semites? I suppose we could look to history for some insight into this, as this was one of the  dilemmas Chamberlain dealt with. Perhaps we could follow his lead and give them a country in exchange for leaving ours alone. Israel, perhaps?

Next – and this one might be a bit sticky - how best to reason with members of the religion of peace who believe women can legally be raped and beaten? You might think we  would have gotten some direction in this regard from N.O.W., but so far, nothing. They must be conducting research to determine if it’s a hate crime.  So again, let me ask: how shall we reason with people who bury women up to their necks and stone them to death for the alleged sin of adultery? (I say “alleged” because apparently this maneuver is also used on occasion to get rid of one wife too many, in order to make way for a new one, but that’s an entirely different issue, covered under “sharia law”) Since this practice sounds like misogyny, let’s see if we can determine a way to reason with and appease misogynists. How would free, independent women meet them half way on this? How about if we agree that all non-Muslim women will wear burka’s on Mondays, Wednesdays and Fridays, except during the most holy season of Ramadan, when they will wear them 7 days a week? Does that work for you? Not enough? OK, they can’t drive cars or go to school either. Is that adequate? 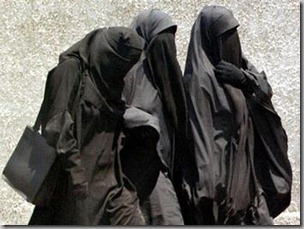 And now, about that Koran burning thing: Is it really such a big deal if we all just agree that it should be illegal to burn the most holy Koran? And as long as we’re writing a new law anyway, there are some of the practitioners of the religion of peace who would like to have us include the requirement that everyone purchase a Koran, and keep it in their home at all times. Up high. Above any and all other books you may also have in your home. Is that Ok? Oh, and come to think of it, there are a few books that they would like to ban from being kept in the home along with the most holy Koran. Specifically, the Bible. Any problem with that? Besides, I think that restriction might already be included somewhere in the 2000 plus pages of ObamaCare legislation, or the gazillion pages of ObamaCare implementation regulations.

Oh, one last thing that our friends, the practitioners of the religion of peace want to include in that ban on Koran burning  legislation: now that you all have a Koran on the top shelf in your house. They want you to read it. Five times a day, and twice more on Fridays. You’ll know exactly when, since the Civil Defense System has recently been upgraded as part of our “Investing in America’s Infrastructure” program for “Winning the Future.”  It will now be used to issue the daily Call to Prayer, “one of the prettiest sounds on earth.” WTF, indeed.

H/T: RBJ thanks for the photos

Posted by DEWEY FROM DETROIT at 6:19 PM