Why do people keep writing bad things about Detroit?

Or as Fausta put it, GM: $84 billion later, and they come up with a car whose steering wheel falls off.

While the recall affects a relatively small number of vehicles, it is an unpleasant development for Chevrolet, which has been riding high on the success of its new small car. Chevrolet sold 50,205 Cruzes through the end of March. That’s well short of the 76,821 units Toyota sold of the Cruze’s main rival, the Corolla, but it is ahead of the 37,379 Cobalts Chevy sold in the same period. The Cruze replaced the Cobalt and is supposed to be a departure from that uninspired model. [ed. I don’t think this is what they had in mind.]

In documents filed with the National Highway Traffic Safety Administration, the car maker said it traced the problem with that particular car to a case in which the wrong wheel was put in a car and replaced later in the assembly process with the correct one. But the new wheel wasn’t attached properly, the car maker says.

This sounds very much like the sloppy “craftsmanship” that drove the American auto industry to it’s knees back in the 70’s and 80’s (the last time Chrysler got a bailout). Then, supposedly, “quality” was introduced as “job one.” That, and  the introduction of new technology and metrics was said to improve the over all fit and finish of the product, bringing it in line with its foreign competitors.

As things improved, the UAW won back all the concessions they made, everyone got all fat and happy from top to bottom just in time for the next crises to erupt, causing new rounds of  cutbacks, layoffs and “concessions.” But apparently through it all, the lock-tight union rules continued to make it impossible to fire anyone for anything short of murder in the workplace (first degree). And while this recent story showcases Chrysler employees partying on their lunch break, rest assured there are similar stories at just about every assembly plant, including the GM Chevy Chevrolet (I forgot, Government Motors decided to ditch the “Chevy” designation: didn’t sound classy enough.) Cruze assembly plant.

Not the majority of employees, mind you, just the 2 percenters who enjoy a little doobie and brewski on their breaks. Exacerbated by supervisors who turn their backs on a pretty obvious situation because they’re tired of trying to deal with the union grievance process.

And let’s be clear, it only takes one doped up/juiced worker to put the wrong steering wheel on a car - and one more to replace it, but attach it incorrectly. Yep, all the expensive consulting, re-engineering and metric bullshit really pays off when you don’t bother to get rid of crappy employees. (Anyone want to take a bet on how many of the Chrysler employees busted in the lunch hour dope and booze video are still dues paying UAW workers?)

So, as I told Fausta, this is a great metaphor for both Detroit and Washington: the tires have been falling off for a few years and now the steering wheels are following suit.

But not to fear: with the government in the driver’s seat we don’t really need no stinkin’ steering wheel of our own any way. 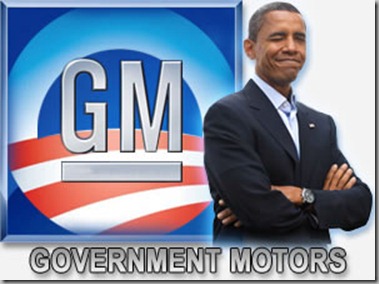 Posted by DEWEY FROM DETROIT at 7:47 PM