A Confederacy of Dunces

"When a true genius appears in the world, you may know him by this sign, that the dunces are all in confederacy against him."  Jonathan Swift – “Thoughts on Various Subjects, Moral and Diverting”

Sadhill illustrates and annotates an American Thinker post and asks if we’re doomed by a confederacy of fools: Will Ignorance Lead to a Second Term for the King of Fools? 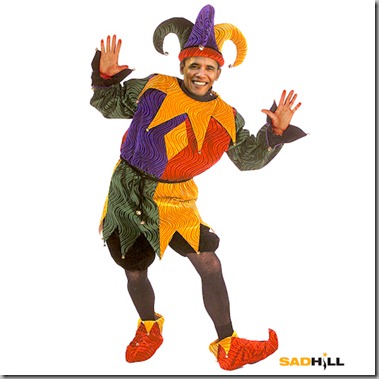 There is a wonderful quote that has been making its way around the internet over the past year. It apparently was translated from an article published in the Czech Republic newspaper Prager Zeitung last April and reads as follows:

“The danger to America is not Barack Obama but a citizenry     capable of entrusting a man like him with the Presidency…Blaming the prince of the fools should not blind anyone to the vast confederacy of fools that made him their prince. The Republic can survive a Barack Obama, who is, after all, merely a fool. It is less likely to survive a multitude of fools such as those who made him their president.”

The first time I saw this, the Tea Party enthusiasm was in full force and Republicans were on their way to taking back the House and gaining ground in the Senate. Optimism prevailed and the light at the end of the tunnel began to appear. But as Barack Obama announces his reelection bid and the GOP has yet to produce a strong, viable candidate for President, it would be prudent to question the present mindset of the electorate who got the country and the world into the current mess and whether it is possible that “the confederacy of fools” will elect him to a second term.

When Obama won in 2008 [...] I analyzed the various reasons that people had for voting for a person who was clearly incompetent, unprepared, unpatriotic, and basically void of any substance other than his own ego and disdain for American exceptionalism. The five categories of Obama voters included (i) individuals suffering from Bush Derangement Syndrome, (ii) followers with a mob mentality of assuming that if everyone liked the guy, he must be wonderful, (iii) socialists, (iv) people with racial guilt looking for a post-racial America, and (v) those suffering from simple ignorance due to a lack of intellectual curiosity to understand the man who would be king. 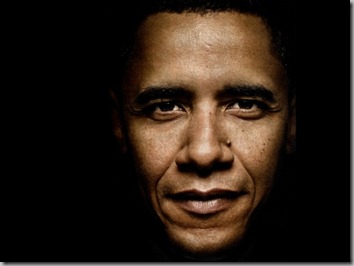 Now, with over half of Obama’s term complete, the only relevant categories of Obama supporters are those falling under items (iii) and (v) — Americans who reside on the far left of the political spectrum and those who remain completely ignorant about world affairs, economics, and the person who is the current leader of the free world. The far left will continue to support and vote for Obama no matter how many flip flops he makes on closing Gitmo, military trials for terrorists, intervention in Mideast revolutions, and other policies that raise their ire.

However, in the face of a dishonest and complicit mainstream media, it is up to all thinking Americans to make efforts to educate themselves, their neighbors, friends, colleagues, and family as to the dangers of four more years of Obama as President. For while the world can withstand four years of incompetence in the White House, eight years will likely result in a world forever changed, with America reduced to mediocrity and powerlessness, Islamic fundamentalism on an unimpeded rise to triumph over the West, and liberty and freedom replaced in many more parts of the world by tyranny and human rights abuses.

While many Americans who voted for Obama in 2008 have woken up to the fact that it was a colossal mistake, there remain too many Americans who simply do not understand just how incompetent and ideologically driven his administration is.

[...] The U.S. electorate might want to take one more look at Obama swaggering up to the podium for his campaign and post-election speeches and question the intelligence of a man who cannot speak without a telepromptor, who refuses to disclose his college transcripts (let alone his birth certificate), who chose Cairo for his most famous reach-out to a people who hate America, and who appears to care more about enjoying the life of Riley than he does about the free world. If Obama represents the level of intelligence of the American people, then I fear our Republic will not survive the “multitude of fools” who may very well hand the prince a second term.

If we can’t get over our infatuation with the superficiality of  “celebrities” as a stand in for values, principles and depth of intellect, we are doomed. And the terrorists win.

"When a true genius appears in the world, you may know him by this sign, that the dunces are all in confederacy against him."

So there you have it: confirmation that Obama is definitely not a genius. He’s got the entire confederacy of dunces on his side. As we suspected all along -I just don’t see how this can possible work in our favor.

Posted by DEWEY FROM DETROIT at 9:55 PM