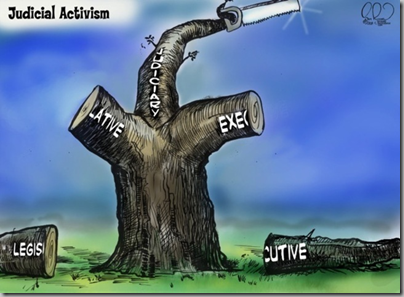 Cartoon via the Ryskind Sketchbook

There is excellent commentary at the Bookworm on the Kagan hearings. She explores American Prospect’s take on how political correctness thwarts intellectual debate (duh) and provides Teflon coating for Kagan and her ilk. But more interesting is her discussion of the difference between liberal and conservative definitions of judicial “activism:”

To the conservative mind, the anti-Constitutional bent of decisions made by liberal, or activist, judges, means that, to the extent a prior judicial decision violates Constitutional restrictions, that decision is invalid, and should be overruled.  In other words, merely because a case exists, it is not automatically valid precedent.  If the case was void ab initio, overruling the decision isn’t activism; it is, instead, a corrective act to reinstate Constitutional limitations on government.

To the Left, however, “activism” means any decision that overturns liberal precedent — even if that precedent is, in and of itself, unconstitutional.  It’s therefore no wonder the Left is dismayed by the fact that the Roberts court is tidying up the record and reversing preexisting cases enacted by activist judges. 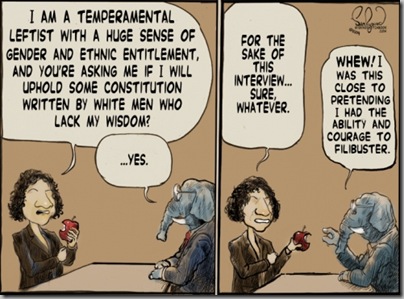 Posted by DEWEY FROM DETROIT at 9:54 AM