There is a God of Hell-Fire

Boy, talk about a joke with legs. Last March,  speaking of the passage of the Healthcare bill, President Obama told a group of supporters:

The leaders of the Republican party, they called the passage of this bill Armageddon! Armageddon. End of freedom as we know it! So after I signed the bill, I looked around to see if there were any asteroids falling. Any cracks opening up in the earth. Turns out it was a nice day. 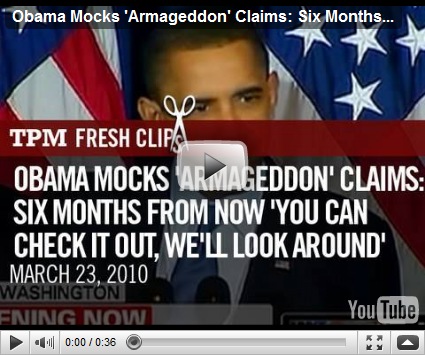 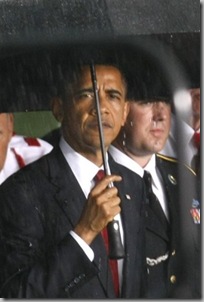 Some might say that the opening of the skies over the Abraham Lincoln cemetery where President Obama was scheduled to speak at a Memorial Day ceremony might have been an indication of the REAL Big Guy’s displeasure. But to be fair, thunder, lightening and torrential downpours do happen. Although this storm  did seem to come from nowhere.

So lets review the Armageddon checklist so far: 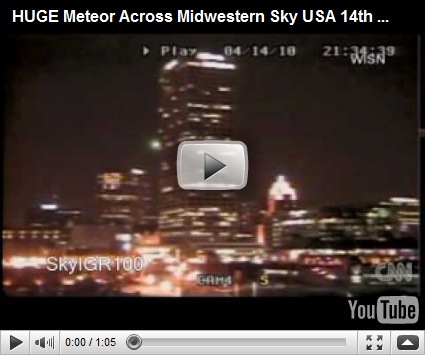 Cracks in the earth opening up: check 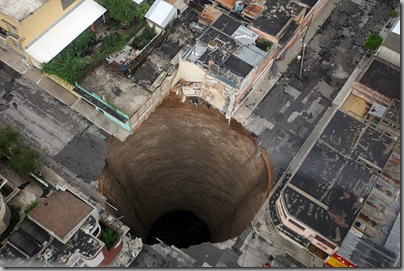 What else? Earthquakes? (check) 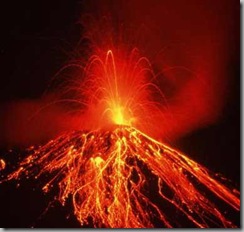 A volcano in southern Iceland has erupted for the first time in almost 200 years, raising concerns that it could trigger a larger and potentially more dangerous eruption at a volatile volcano nearby.

Or maybe something along the lines of  the new Obama-speak variety of “man-caused disasters?" (check and, luckily, check-mated) 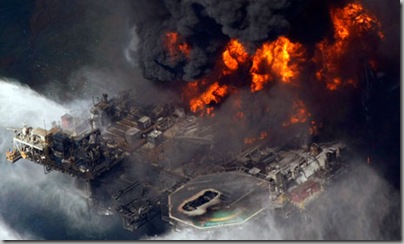 Of course  there’s  always that lingering little disaster known as the “economy,” and the ever burgeoning national debt.

And that’s after only two months. I can hardly wait for the six month check-up, Mr. President. This joke just keeps getting funnier every month.

Posted by DEWEY FROM DETROIT at 9:59 AM