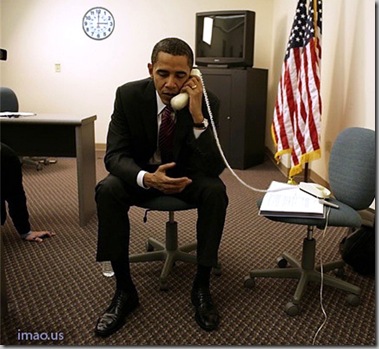 Day 54, Command and Control room:“ I can’t seem to get through this corporate governance structure.”

Why on earth would people consider actual executive experience helpful when applying for the job of leader of the free world?

Possibly it’s because it demonstrates that you can actually run a complex operation; that you understand how the chain of command works. With executive experience you are also likely to  know how the chain of command breaks down and how to get things back on track when it does. People who’ve made it to senior executive status – corporate CEO’s, state governors  - have usually mastered at least the basic and intermediate course work in crisis management. Which helps, in the event you have to manage a really big crisis on your watch, which you most likely will.

Crises will happen. Handling smaller ones along the way to the top is how most execs earn their crisis management chops. Experience provides the know-how required to muster and dispatch resources effectively to address and resolve the situation efficaciously. But somehow, we didn’t think this basic training was necessary for someone of such rarified intelligence and good will as Obama.

Perhaps the most important thing that real executive experience teaches you is how to clear the obstacles that are  purposely built into day to day operations.   Such obstacles – known as corporate policy in business and regulations in government - are theoretically enacted as checks and balances to instill controls that prevent normal business situations from running amuck. This life-of-its-own phenomenon, in both environments, is known as bureaucracy. In a crisis the CEO needs to know how to quickly and efficiently blow the bureaucracy away in order to clear the decks for people to handle the aftermath of a major system failure. And it’s not as simple as saying, “let me know if you run into any problems.” Anyone who says that hasn’t a clue as to how bureaucracies work – or more to the point, refuse to work, in a crisis.

Experienced executives know that you don’t wait for people to ask for obstacles to be removed: they (or their staff) already know where the bottlenecks are going to be and expedite their elimination before there is an even bigger breakdown. This is perhaps the one time pragmatism is not only warranted, but mandatory. Sure, you may make a bad call, eliminate one too many control. But experience will have taught you that not taking some chances will guarantee failure. And having knowledgeable people in place as your advisors, greatly improve the odds

For example, maybe Obama or someone in his direct chain of command should have known that the disaster in the Gulf warranted waiving environmental regulations in order to expeditiously protect the coastline. With oil gushing at magnum force, you don’t have six months for the EPA to conduct an environmental impact study to determine if dredging sand berms is going to cause more environmental damage to the marshes than the oil.  Unless instructed otherwise, bureaucrats follow procedures. Still, with the governor of Louisiana begging on the public airwaves for permission to dredge, you’d have though even inexperienced Administration officials might have found a way to expedite the request.

Maybe if Obama had run anything more complex than his Hope and Change campaign – ever - it might have occurred to him that he was responsible for cleaning up the spill  and protecting our coastlines, not stopping the leak; or talking about stopping the leak. Forget the damn hole and kicking ass Mr. President: that’s not your job. Your job is to ensure that everything that can be done to clean up and protect the coastal communities is being done. Like getting the EPA regulations out of the way of building protective barriers. Like bringing in foreign resources to help. Yes we know, that requires waiving the Jones Act, which under normal circumstances requires ships working in US territorial waters to be built in American shipyards and manned by Americans.  Surely someone on Obama’s staff might have suggested waiving this Act in order to bring in ships from foreign countries to help contain and collect as much of the oil spill as possible. Surely they must have - since many foreign countries volunteered early on to help with booms and other skimming equipment and were waved off.

We need all the help we can get, and 54 days into the oil spill disaster the President is still “waiting” for someone to request that the Jones act be waived, as it was during the Katrina disaster. Who is he waiting for? Who does he expect to request it? George W. Bush?

Putting someone in charge who has no real world experience running anything other than a campaign is problematic. He’ll see everything through a political prism. He will handle everything in ways that have proved successful for him in the past. Everyone does. But if your past successes have always depended on grandstanding, demonizing,  scape-goating, and deflecting blame in order to take credit for successful outcomes, well, crisis management just isn’t going to come naturally. To paraphrase the old saw, “if you’re a hammer, every problem looks like a nail;”  if you’re a politician, every problem’s going to look like it needs someone’s ass to kick.

And one more skill that most experienced executives  pick up on the way to the top: negotiating.  With real adversaries, not  just your sycophants. World of difference.  As Warren Buffet famously pointed out to his shareholders, “"Negotiating with oneself seldom produces a barroom brawl." But if you stay within your comfort-dome, with your own advisors, your idea of negotiating might just finding someone’s “ass to kick.”

You can learn a lot from bar room brawls. And I’m not talking about beer pong.

So how about we lay off the hissy fits, and figure out how to clean this mess up. Ass kicking comes later. 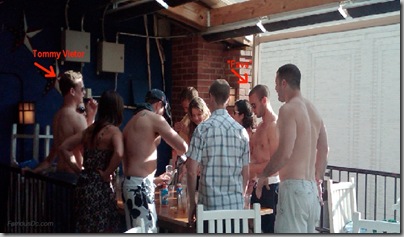 Posted by DEWEY FROM DETROIT at 9:06 AM