Detroit Finally Gets it Right

By now EVERYONE has heard about the near perfect game pitched by the Tigers Armando Galarraga: one out away from  pitching a perfect game, first base coach Jim Joyce blows the call on Cleveland pinch hitter Jason Donald, putting him on base. No one disagrees with the facts, after the fact. Unfortunately, that doesn’t matter because that’s not the way the game’s played. 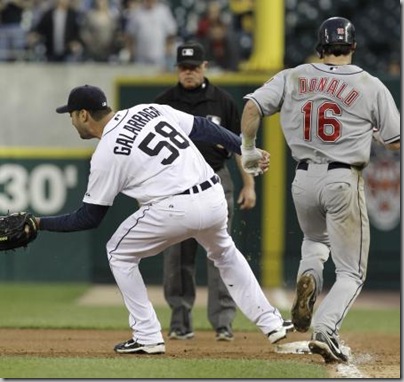 But what followed was even more remarkable It has been described by most accounts as an exercise in grace.

As my brother wrote:

“I think this has turned out to be a much better story than if the umpire had made the right call...  a gracious, forgiving Galarraga, a genuinely remorseful Jim Joyce immediately and tearfully apologizing to the kid, Jim Leyland and the Tigers showing more class and sportsmanship than most teams in baseball would ever have demonstrated, and finally the majority of Comerica fans unbelievably applauding Jim Joyce yesterday in obvious understanding and sympathy with the guy. A national story that makes Detroit look good!”

I agree. And let’s face it: making Detroit look good (especially in light of Saturday’s front page WSJ article on “Black Flight”) isn’t an option very often. I can’t say “for the first time in my adult life, I’m proud of being a Detroiter,” since within my lifetime we’ve made some great cars around here, won two World Series, a few NBA championships and several Stanley Cups. And of course, Vernors was created here. But there has been a dry spell lately.

But just so you know, Rick Moran weighs in with the contrarian view and makes some valid points:

But it is what occurred after the game, and continues today, that is both disturbing and maddening. Mr. Galarraga has been elevated to victim status, because for the millionth time in baseball history an umpire blew a call at first base. “But it was a perfect game,” Galarraga partisans argue. “Surely something must be done. Surely this injustice must be rectified. Surely we must take this to the commissioner and ask him to overturn the call and give the perfect game to Galarraga..” …

…What’s the point of asking Commissioner Bud Selig to overturn a call made in good faith by a professional umpire? Joyce wasn’t on the take, or drunk, or conspiring with Cleveland to deny Mr. Galarraga his place in history. He got it wrong. So what? Life is unfair and baseball may be the unkindest of games next to golf.

I agree. It’s a great story, and not one you’d necessarily see in other ball parks. So let’s celebrate that and not expect the Baseball Commissioner to “make it better.”  Is it unfair? I guess. But that’s how baseball is played. That’s how life is played. Learning about rules, consequences, and the fact that life is unfair is an important part of growing up. As is learning when the appropriate reaction to unfairness is outrage and aggression (e.g. denial of civil rights, anti-Semitism, jihad against anyone) and when grace is called for. Or at least manners.

If baseball wants to avail itself to technology by changing the rules to allow for a (limited) number of video reviews, so be it. But let’s not do it retroactively. Life is not lived retroactively.

Meanwhile, perhaps our lawmakers can get over it, too. And maybe get back to doing the work of the American people instead of pandering? In case Senators Levin and Stabenow haven’t noticed, we’re drowning here in a sea of debt and unemployment. And if they’re tired of dealing with that, we also have an endless stream of illegals – including terrorists - streaming across the border and an out of control oil gusher in the middle of the Gulf of Mexico that could use some federal resources for clean-up.

Maybe the Tigers can give Galarraga a raise to go with the new Corvette GM gave him, and we can all get on with our summer. It seems that Armando has. Classy dude, despite what Rick Moran thinks. 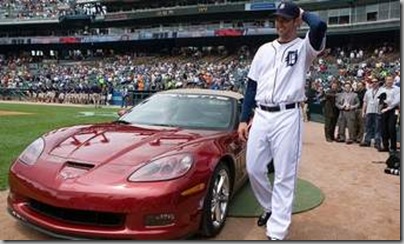 Technorati Tags: Detroit,Tigers,Galarraga,perfect game
Posted by DEWEY FROM DETROIT at 9:58 AM