You aren’t going to want to watch this…

But do it anyway. Your progeny’s future depends on our willingness to peel the scales of political correctness from our eyes, and see who these people are. They don’t even feel the need to be particularly covert about it – they don’t need to be, we’ve embraced them with open arms. We are as oblivious as the Jews who supported the Third Reich. How stupid can we be? This is not about the Jews and the Palestinians. This is about the Muslim Brotherhood: they want to eliminate anyone who is not a Muslim. Not just the Jews. 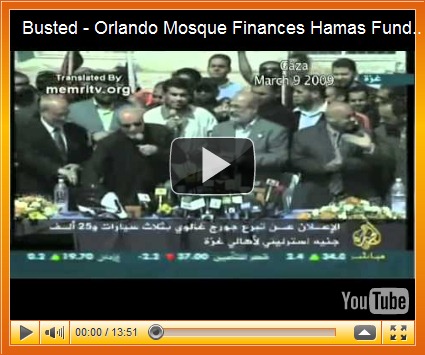 It’s 14 minutes. Educate yourself. They are here. Be afraid. Pass it on, then demand that our government do something, other than bow and scrape to this abomination on mankind.

And for God’s sake, stop being intimidated by people who call you a hater, an Islamaphobe. 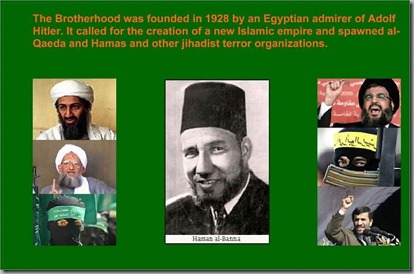 There is plenty to be fearful of. Plenty to actually – yes - hate. It’s fine to hate evil. And make no mistake, they are evil. And I’m not talking about the peaceful minority. They’re irrelevant, remember?

Posted by DEWEY FROM DETROIT at 12:24 AM