Why Not a Victory Mosque at GZ?

I just listened to the President’s 9/11 speech at the Pentagon. Maybe it was just me, but it seemed more an oblique lecture on why we should not object to the GZM than a tribute to the victims and fallen heroes.

It began well enough, nicely crafted. But it veered into a sermon on – what else – tolerance. From one of the least tolerant presidents we’ve ever elected.

“we will not let the perpetrators … define who we are”

“they may wish to drive us apart…”

Well, yes we are. Islam the theocratic political system, which unfortunately for the “moderates” amongst them,  can not be separated from the religious system.

So enough already. We don’t want a damn victory mosque at ground zero. Do you want to know why? Here’s why: 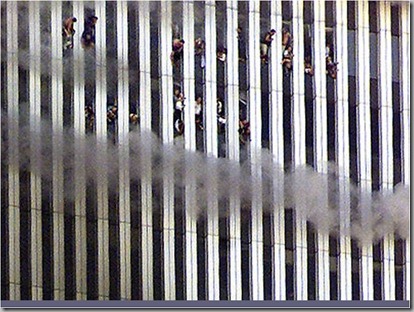 At that point when you realize that reality prohibits a rescue? When you actually comprehend, inextricably, that you are going to die? Does panic grip you, or are you now beyond that? Does a preternatural calm come over you as you contemplate your last decision here on earth? Burn, or Jump. When you can focus so intently, so completely, on what your only two options are, decisions seem so much clearer. 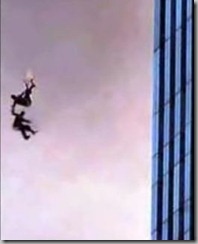 No, Mr. President. Some of us actually feel we are at war with Islam, and they with us. The peaceful majority doesn’t matter. How many times do I have to tell you?

Posted by DEWEY FROM DETROIT at 10:19 AM