Come Visit Detroit. We’re Way Ahead of You.

As President Obama’s Director of the Office of Science and Technology, John P. Holdren is the nation’s top science and technology adviser. His purview covers a wide range of topics from global warming to health care.

Should we be concerned, then, that he once wrote a book, along with Population Bomb author Paul Ehrich, titled Human Ecology: Problems and Solutions in which he advocated the de-development of the United States?

He apparently hasn’t given up on the concept either:

… a tour of just one street in Detroit: 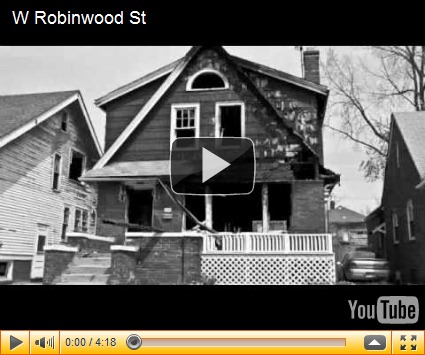 From  a previous post, Live and Die in Detroit. Don’t go there unless you are of sound constitution.

Posted by DEWEY FROM DETROIT at 4:46 PM