Pork: Your Tax Dollars at Work

I just completed a cross country trip. Utah to Detroit. I've been traveling this route for years. There used to be a few windmills along the Continental Divide in Wyoming where the winds blow constantly. 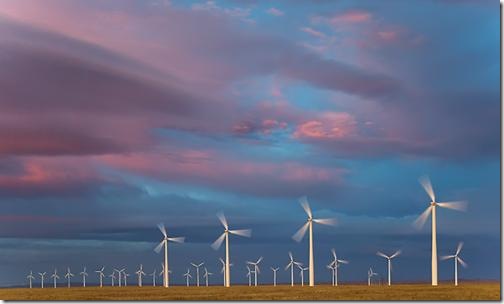 But now there are windfarms springing up all across Nebraska and Iowa. Iowa - a state once known only for corn and pork, but now  infamous for being the first state to anoint the One.

No wonder BHO won the Iowa primary so handily.

Posted by DEWEY FROM DETROIT at 7:24 PM