Dancing with High Crimes and Misdemeanors: Al Gore in Finals

I’m introducing a new feature, a monthly contest of Dancing with High Crimes and Misdmeanors. This month’s contestants – TSA, Al Gorical, and  Government Agency Estimates -  are too talented at their craft for me call a clear winner, so I’ll report, and you can decide for yourself.

First up, in the Wasteful Spending of Taxpayer’s Money: day late dollar short category is the TSA. From USA Today:

The companies with multimillion-dollar contracts to supply American airports with body-scanning machines more than doubled their spending on lobbying in the last five years and hired several high-profile former government officials to advance their causes in Washington, records show.

The TSA jumped right on the threat first posed almost a year ago when the Christmas day panty bomber nearly took a plane down over Detroit  with plastic explosives planted in his privates.  Of course, the terrorists have likely moved on to other methods and targets by now (say, a car bomb at a Christmas tree lighting in Portland, where no one would ever expect it?) but we continue to play catch up with the shadow over our shoulder. And the costs continue to escalate as the TSA continues to metastasize into yet another government growth industry.

The actual contestant for the prize? All the usual suspects. Some think the terrorists are the real winners here. The only thing clear is that we, the people, are the losers. Unless of course you feel safer having your privates patted down. 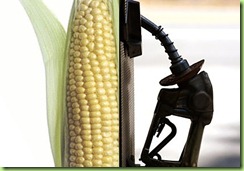 It is not a good policy to have these massive subsidies for (U.S.) first generation ethanol," said Gore, speaking at a green energy business conference in Athens sponsored by Marfin Popular Bank.

"First generation ethanol I think was a mistake. The energy conversion ratios are at best very small.

"It's hard once such a programme is put in place to deal with the lobbies that keep it going."

He explained his own support for the original programme on his presidential ambitions.

"One of the reasons I made that mistake is that I paid particular attention to the farmers in my home state of Tennessee, and I had a certain fondness for the farmers in the state of Iowa because I was about to run for president."

Environmental green savior of planet earth to the U.S. taxpayer: “Whoops! Do-over!” Now you tell us. After I traded my underwater carbon credits for ethanol futures.

I wonder if Big Ethanol will eventually challenge Big Oil for most hated corporate interest in America? Probably not. Although it’s an expensive energy source, and a foolish waste of food product, it is “renewable” - a characteristic second only to godliness. No make that second to nothing.

Geeze Al, I cannot imagine how you lost that 2000 election! Pea brain.

Or maybe I should say “corn pone” aka “hoe cake.”

"You tell me whar a man gits his corn pone, en I'll tell you what his 'pinions is."


I can never forget it. It was deeply impressed upon me. By my mother. Not upon my memory, but elsewhere. She had slipped in upon me while I was absorbed and not watching. The black philosopher's idea was that a man is not independent, and cannot afford views which might interfere with his bread and butter. If he would prosper, he must train with the majority; in matters of large moment, like politics and religion, he must think and feel with the bulk of his neighbors, or suffer damage in his social standing and in his business prosperities. He must restrict himself to corn-pone opinions--at least on the surface. He must get his opinions from other people; he must reason out none for himself; he must have no first-hand views. 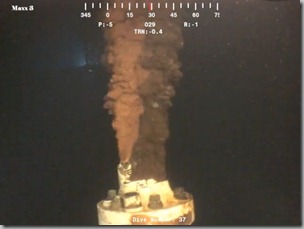 A favorite entry in this month’s contest is “ Miscellaneous Federal Government Agencies” for their quick footwork in estimating the magnitude of the BP oil spill. As Bill Lehr of the National Oceanic and Atmospheric Administration acknowledged in emails obtained through a FOA request, (obtained 7 months after the spill) the estimate of the magnitude of the spill was “just a guess.” Really? Well, yes, that’s how we do science now.

Post normal science dictates that scientists tell people what they need to hear in order to get them to do what they think is in the best interest of the herd.

So you may now use, as an operating assumption, that any “official” proclamation you hear is 1) for your own good and 2) “just a guess.”

Other operating examples that employ the “just guessing”  algorithm of post normal science include:

and … special commendation for supreme high crime and misdemeanor guessing: 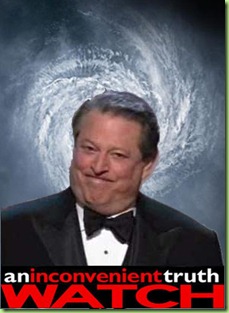 So Al: if you’ve already admitted that cornAhol was a mistake - and since apology tours seem to be in vogue these days with members of the liberal left - why not go all the way and clear your conscience of all your sins and be saved? Admit that your made up religion of Anthropogenic Global Warming is just a scam to sell carbon credits. We won’t make you give back the billions you’ve already made. Just apologize, grab a broom and help us clean up the mess. It’s the Democratic way.

Posted by DEWEY FROM DETROIT at 11:19 AM