Beat Thy Enemy II, The Media (attacking from outside the tent)

Breitbart knew instinctively, as people in Washington, D.C., and most other places did not, that movies, television programs and popular music send out deeply political messages every hour of every day. They shape the culture, and then the culture shapes politics. Influence those films and TV shows and songs, and you'll eventually influence politics. -- Byron York

As I documented in Know Thy Enemy II, The Media, one of Conservatives’ most formidable enemies is the Hollywood-Big Media Cartel. It is an irrefutable fact of life: this infotainment complex defines pop culture and permeates every aspect of modern life. Nothing short of the state sponsored educational indoctrination system even comes close to the impact it has on how America thinks and lives. Today we look at what can be done to loosen that grip.

The Big Media Cartel is run by leftist ideologues who believe their province extends far beyond simply informing and entertaining. With ideological messages embedded in everything from songs to sitcoms, citizens receive continuous reinforcement of leftist precepts. If you’re skeptical, Ben Shapiro’s book, Prime Time Propaganda: The True Hollywood Story, will disabuse you of any doubt.

Primetime is a well-researched tome on the media’s closed loop system of liberal messaging. Shapiro calls it the “Celluloid Triangle,” comprised of special interest groups, government and Hollywood. He documents how this ménage à trois has operated since the early days of television to infuse entertainment programming with liberal causes and messaging; a ruse otherwise known as propaganda. Tracking the journey of the media/entertainment industry from its original news/entertainment platform to its current role as America’s zeitgeist maker is instructive, although not particularly surprising if you’ve been paying attention.

Big Media is a tough nut to crack. Tougher even then the education system since at least in theory we the people own our schools. Here we’re dealing with a huge, private sector entertainment oligopoly which exists with the tacit approval and support of government administrators, legislators and regulators. It enjoys significant tax breaks, subsidies and multiple regulatory protections, yet is not answerable to the taxpayer. Their only responsibility is to their shareholders, consumers and, marginally, the FCC. The shareholders are happy as long as they are making money; consumers seem inured to the liberal messaging as long as Desperate Housewives airs in it’s expected timeslot and the FCC concerns itself primarily with wardrobe malfunctions and hate-speech; so there’s no pushback.

We have reached a place where one ideology (liberal) controls virtually all pop culture output; and so many people have already been indoctrinated by leftist precepts that they don't even see a problem. That is why, prior to his untimely death, Andrew Brietbart warned people over and over that “the Media is the enemy.”

There are two ways to attack the mediacracy1 - from outside the tent, and from inside the tent. We need to operate in both theatres of operation but we begin from the outside since that’s where most of us reside. From this front, all of us can do something to advance the cause.

If you are a stockholder, divest. If you are a consumer, don’t go to that movie or buy the DVD, don’t watch the Sunday “news” shows – or any MSM news shows for that matter. If you find a show (or an entire Network) to contain offensive messaging, switch the channel, turn off the TV, write to the sponsors to complain about the content they’re supporting and let them know you won’t buy their products.

Because network/cable television is still ad-revenue driven, enough people complaining to sponsors and boycotting their products will have an effect. But for maximum impact remember to take your clues from the left: organized protests and boycotts by special interest groups get greater and faster results than do individual complaints. While the left invented professional grievance squads, the right has a surprising number of special interest groups (SIG) of their own that can be culled and employed for this purpose. (Note: it was the Veterans of Foreign Wars who finally wrestled an apology from CBS for its disgraceful Amazing Race incident.)

Nobody has quite gotten behind the “Neilson ratings” Oz curtain to determine how they actually count viewers but as technology progresses it gets creepier every year. Cable/satellite companies deny extracting data from your cable boxes, but rumors persist. But what we do know is - by whatever hokum they use to count them - eyeballs do determine ad rates; not watching does count.

And don’t forget about your Reps and Senators; they’re the ones writing tax law, funding subsidies and, theoretically, overseeing the FCC. Email your displeasure as frequently as you can; at least it will give their staff something to do.

But with just 6 companies owning all of the entertainment and information venues available on either network or cable TV, “turning the channel” is not much of an option. It just gets you more of the same, only different, as most programing is produced and written by the same kind of people sporting the same leftist ideology. In order to actually change the cultural narrative conservatives need to get their meat hooks into the hindquarter of the media-information-entertainment industry. Exactly why this hasn’t happened yet is, in Facebook parlance, complicated.

Popular culture is owned by the left. It’s not going away and it’s not going to change for the better unless the right becomes more involved in its creation. Initially many conservatives thought that just sitting it out in protest would suffice. In hindsight not only was that foolish, but detrimental. As an ongoing strategy it’s both impractical and counterproductive.

Impractical because, as Mr. Shapiro points out, “TV is awesome!” Let’s face it, even most of us who complain about crappy shows and bias in news reporting still flip the TV on at least once on most days. People’s lives are filled with so much stress that a medium that provides passive entertainment like TV is a welcome anesthetic. It’s a legal narcotic and for better or worse most of us are recreational users. Even if you can do without, most of the country can’t. And many who can’t are low information voters (LIV) who vote however their favorite desperate housewife or fake news-guy tells them to. 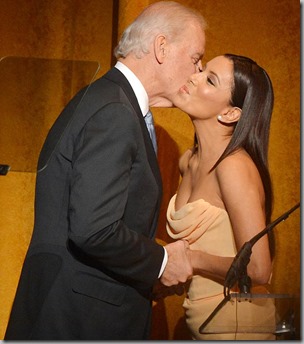 Worse than being impractical though, tuning out is counterproductive. It only ensures that the right will never reclaim the culture from the grasp of relativistic liberalism. In the long war, the left has already won that battle; and we were probably complicit by disengaging even as their talons tightened and sunk deeper into our flesh.

Pop culture has now woven liberal-think so tightly into the fabric of our collective consciousness that the only way to change it is to go back to the same loom and set a new pattern, thread by tedious thread. Just like the liberals did it. 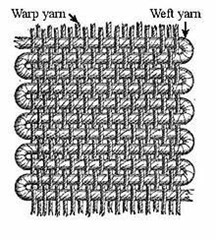 “Setting up the loom to weave cloth is a process which requires great patience as well as careful planning, concentration and plenty of time.”

Tomorrow, the conclusion of Beating Thy Enemy II, the Media: “Attacking the enemy from within”

1mediacracy -- I thought I coined the word, but apparently the Unword Dictionary beat me to it:

(n.) Government, usually indirectly, by the popular media; often a result of democracy going awry. A system in which politicians stop thinking and begin listening exclusively to the media regarding what the important issues are and what they should do about them.

Origins: A play on democracy and news media; possible reference to being mediocre.

Linked By: Larwyn’s Linx on Doug Ross@Journal, and BlogsLucianneLoves, and Free Republic, Thanks!

Posted by DEWEY FROM DETROIT at 3:45 PM