Hoping For a Hybrid? Seriously? 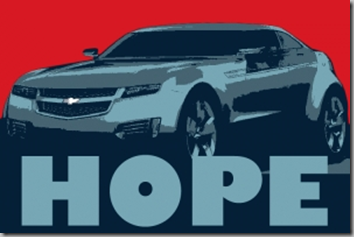 Hope for a Volt? You dolt.

This article reminds me of something, but I just can’t quite put my finger on what it is right now: What to do if your hybrid’s battery dies?  Here are a few excerpts:

You might think that a hybrid vehicle's electric motor would be a godsend if you ran out of gas; it could provide enough power to get you to a gas station. But Chevrolet's Tahoe and Silverado hybrids, for example, completely shut down if they run out of gas. There's no coasting—and no limping to a gas station on the battery, even if the main battery is fully charged…

GM's official word is that driving its big "two-mode" hybrid trucks without gas leaves the large propulsion battery vulnerable to damage, so it protects the expensive (estimated at more than $5000) battery shutting down the vehicle.

And they are not the only ones who do this “to protect the expensive battery.”  The Nissan Altima does the same thing.

The Toyota Prius and the Lexus CT200h and Lexus HS 250h  will allow you to run on battery power, but not for long: careful (i.e., slow) driving might eek out another 2 miles. But then the battery runs out and the real fun begins:

However—and this is important—the Prius won't let you drive the main battery down to absolutely no charge. When the battery becomes discharged to a certain point, the car is programmed to fire up the gasoline engine, which normally would recharge the battery as it charges the car. If you're out of gas, though, the Prius will try (and fail) three times to start the engine, and then it will go totally dead. Once this happens, a fault code must be reset in the car's engine computer before it can be started again.

Resetting the engine computer requires a technician. And apparently towing a dead Prius can be an issue too:

Since there is no conventional neutral in the transmission, pushing a dead Prius will be more difficult because the electric motor/generator system is also being turned. That leads to a bit of a problem in some hybrids: If they are flat-towed by a tow strap, they could generate electricity that could overheat the motor/generator.

But good news: not all hybrids are as bad as some of the other hybrids:

Kia's Optima Hybrid is designed to run without the electric drive system being very noticeable to the driver. So like the GM and Nissan hybrids, it will stop if it runs dry of gasoline. But, on the plus side, you don't need any code to restart the Kia (which also uses a belt-driven combination alternator/starter).

So running a hybrid out of gas doesn't necessarily mean you can drive it on battery power alone, and killing the battery in a hybrid may or may not mean a lengthy charge time at a dealer. It all depends on which hybrid you own. No matter which one you're driving, though, reviving it when it's dead is seldom as simple as finding some gas, pouring it in the tank and turning the key. Perhaps, then, a bit of range anxiety isn't a bad thing.

I wonder if these pesky little inconveniences could have anything to do with the worst-than-abysmal sales of Government Motors’ Chevy Volts last month? Sure, they’re expensive,  even with the the very generous $7800 tax payer funded rebate. But still, 125 units, for the whole month? Wow, that makes them seem like white elephants. Come to think of it, they are, by definition, white elephants. 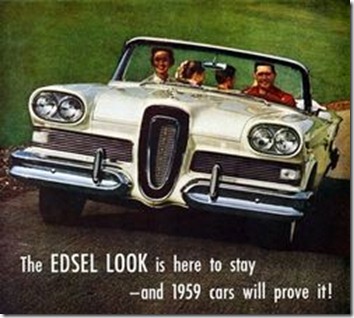 The Edsel, up till now the Auto industry’s biggest White Elephant.

So what is it that this whole electric car fiasco reminds me of again? Oh yes! Now I remember: the EPA guidelines for cleaning up a broken CFL (aka curly fry light bulb)!

Download and print a three-page
PDF version of this overview and the
detailed recommendations (91K, about PDF)
en español (30K, about PDF) 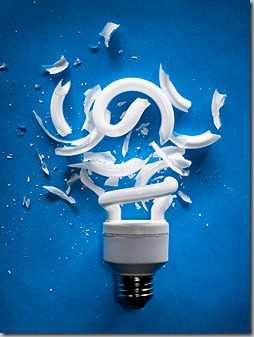 Call the Hazmat team! Clean up in aisle 2.

There are three pages of instructions for the cleanup, but to get the gist, all you really need to see is step #1: “Have people and pets leave the room.”  For a broken light bulb. I think that qualifies the curly fry light bulb as the poster child for “white elephants.”

I know what you’re thinking:  you won’t need the hazmat team’s number on your speed dial because you’re very careful and won’t be breaking any of those curly-mercury bulbs. Think again: Do you have any downlights in your ceiling? How about flood lights?

The US Consumer Product Safety Commission, the taxpayer funded bureaucracy that protects you from products that other federal funded bureaucracies require you to use, issued a recall notice yesterday for Philips curly-mercury floodlight bulbs. It seems that the glue that holds the glass and mercury in the socket doesn’t work. When the glue  (made in China) fails you’d better not be under it, because the curly-mercury bulb (made in China) does a free-fall from the sky! 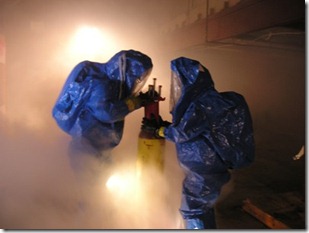 But nobody ever said that making our big old carbon footprints small enough to walk lightly on the planet would be easy, now did they?

So, a big thank you to everyone involved in the adoption of these profligate new mouse traps (both hybrids and the CFLs) that perform half as well as the originals they are intended to replace and cost up to 1000 times more. Thank you Congress! Thank you GE. Thank you EPA! Thank you idiot, ideological MSM! Thank you,  all you sheeple who are too busy, too lazy or too dumb to think for yourselves! Oh, and a special shout-out to Al Gore, the political, spiritual, and material leader of these flacks. 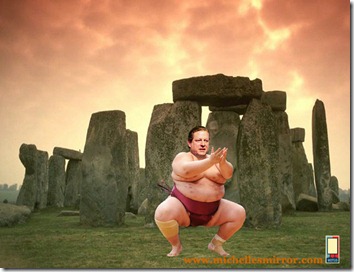 In Global Warming we Trust: and the money just follows

I Don’t Care about the Debt Ceiling: the Sky is Falling

Blinded by the Light

Skepticism: All that’s Right with the World

Posted by DEWEY FROM DETROIT at 11:12 AM