Government Motors: Can We Revisit the Thesis?

Yes, I know what you were all thinking when I wrote about the nationalization of GM and Chrysler back in 2009: “There you go again, Dewey, with the hyperbole and the bloviating. Obama is not going to take over the car companies, dictate what kind of cars they have to build, violate bond holders legal rights in order to give the confiscated proceeds to his union supporters. That’s just crazy.”

But shortly after the appointment of Car Czar #1,  Steven L. Rattner, (who the NYT described as  “…  a founder of the Quadrangle Group, whose Fifth Avenue living room was a critical conduit between Wall Street and Democratic candidates in the years before Mr. Rattner joined the Obama administration to help restructure the auto industry.”)  all this, and more, came to pass.

That the President is now claiming that the auto bailouts have been repaid is phony-boloney. The real cost to taxpayers of the  GM/Chrysler bailouts is pegged somewhere between 12 and 14 billion dollars.

When the debt of gratitude is that big, is it any surprise that GM’s (hand selected) CEO would come out in favor of increasing gasoline by $1 a gallon in order to sell more electric cars? Which the administration approves of as long as they’re recharged using electricity generated by solar, wind or mice on treadmills – anything other than those dirty coal generation plants.

One wonders whether GM has taken the lead on higher gas taxes because its bailout ties to the feds have created a more government-oriented corporate culture. But regardless of that, when carmakers push to raise the cost of the very substance that fuels their products, we have a serious problem. They’re serving the government rather than the public — and that does not bode well either for the vehicles they’ll be producing or for the policies they’ll be pushing.

No, seriously; one does not have to wonder. Just connect the dots. Just looky here. You’ll see that when you like a company so much that you buy it, you pretty much get to call all the shots:

…The key point of the Wednesday hearing was to show that the Obama administration advised GM on how to eliminate the Delphi workers’ pensions. The evidence suggests Geithner’s team played a significant role in that process, despite claims to the contrary.

Surprise! The Obama administration lied when they said that the Treasury Department would avoid “intervening in the day-to-day management” of General Motors’ post-auto bailout. Who could have called that one? That’s nearly as shocking as the Obama Administration’s handpicked  GM CEO supporting a $1 per gallon tax hike to shore up big government’s coffers and force Americans to buy unpopular and unprofitable Chevy Volt hybrids. That’s a twofer for GM: pushing zero margin vehicles while simultaneously undermining sales of larger cars and SUVs with much greater profit margins. There’s a formula  for Winning The Future (WTF), no?

Making business decisions against self interest seems inherently anti-capitalistic. Self destructive. Nihilistic, even.

Crony capitalism - simply another name for socialism – is the primary problem with capitalism these days: it has taken the capitalists our of capitalism.  Obama may say that “everyone needs to have some skin in the game” but his regime has rigged it so that the “everyone” is  just the taxpayer.  Businesses are growing increasingly like the citizenry who’s been trained to think the government should provide them with the capital they need instead of requiring them to rely on their own resources and initiative to rustle it up.

So what part of “government-owned car company” don’t you understand? The socialism part, or the nationalism part? 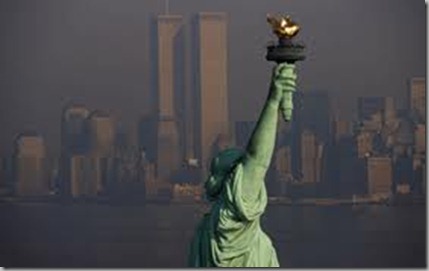 If you love liberty, but hate capitalism, you might wish to revisit your thesis.

Posted by DEWEY FROM DETROIT at 10:49 PM