Shovel Ready: It Needs to be Buried

This is for the half dozen people left who still think that the racist rightwing whack jobs were exaggerating about the impact Obamacare would have on healthcare in America.

Fortune Magazine has read the 2000 plus pages and analyzed the impact so that neither you, nor any of our elected officials, have to. Their report is –while far from surprising – deeply disturbing.

NEW YORK (Fortune) -- In promoting his health-care agenda, President Obama has repeatedly reassured Americans that they can keep their existing health plans -- and that the benefits and access they prize will be enhanced through reform.

A close reading of the two main bills, one backed by Democrats in the House and the other issued by Sen. Edward Kennedy's Health committee, contradict the President's assurances. To be sure, it isn't easy to comb through their 2,000 pages of tortured legal language. But page by page, the bills reveal a web of restrictions, fines, and mandates that would radically change your health-care coverage. Read the rest and weep

H/T to Adrianne’s Corner, who advises that Repeal is the Answer. I concur: repeal of the bill, as well as every single legislator who voted for it.

Finally, a shovel-ready project we can believe in: 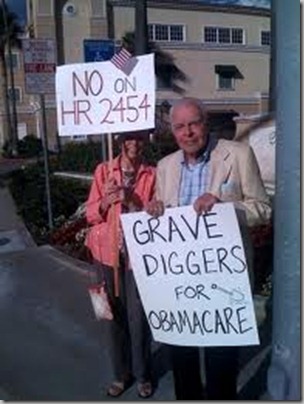 Posted by DEWEY FROM DETROIT at 7:23 AM