Maureen: Time To Shut-up and Sing

Oh my goodness, MoDo. If this is the best you’ve got, you might wish to consider a late mid-life career change.  Saturday’s  column, “Playing all the Angles” didn’t even clear the hurdle for “just phoning it in.”

It’s more like a, well, like a mean girl from high school hit job. Yeah, like the kind of attack she’s accusing the “Mean Republican Girls” of  in her piece. Although I think it’s pretty clear that her main issue with these Republican “mean girls” is that she just doesn’t consider them cool enough for her to hang around with. Not only are they “mean” but, worse, they are terminal dweebs.

Oddly, she describes the “mean Republican girls” in terms that one could easily imagine applied more to her than her nemeses: “grown-up versions of those teenage tormentors who would steal your boyfriend, spray-paint your locker and, just for good measure, spread rumors that you were pregnant.” And for good measure throws in “They are the ideal nihilistic cheerleaders for an angry electorate.”

Uh, “nihilistic” MoDo? That’s a pretty big word to be throwing around if you don’t know what it means, or how to use it properly with respect to your subject matter.

It’s probably just me, but when I think of nihilism, my mind shoots immediately to liberals who think the Constitution is a dead document that needs to be rewritten by empathetic judicial activists. Or someone who thinks that capitalism is an anachronistic economic model that’s vastly inferior to, and therefore ought be replaced by, Marxist socialism. Or perhaps even the liberal segment of society who believe that God is dead and has been replaced by Gaia who wants us to use leaves and twigs to wipe our butts.

Oddly enough the Mean Republican Girls (MRGs), “Jan, Meg, Carly, Sharron, Linda, Michele, Queen Bee Sarah and sweet wannabe Christine”  per MoDo, seem more interested in reinstating the values, morals, and beliefs that served as the backbone and mettle of this country since its inception. The people bent on tearing them down further all seem to be our liberal brethren. Which “some critics” would argue is far more nihilistic than the bitter clingers who just want the freedom to hold onto their Bibles, beliefs and guns – just in case the good liberals decide someday that they are detrimental to society, like cigarettes and salt, and must go.

The only thing MRGs are skeptical of is government’s ability to do all things for all people by taxing the hell out of only the “richest” citizens. If ever there is an economic model that is not – liberal shibboleth alert – sustainable, that is it. Oh, and maybe the pseudo-science supporting Al Gore’s financial interests in sham man-made global warming and his disgustingly ridiculous and self-serving carbon credit trading scheme. But don’t get me started or I’m likely to sound like one of those “nihilistic cheerleaders for an angry electorate.

There was a time when I’d wonder out loud how someone with the mental prowess of Maureen Dowd landed a gig writing a column for the New York Times. But then, the answer is embedded in the question.

Next time you go to Vegas Mo, stay in the casino. Your odds of scoring – anything - are better there. 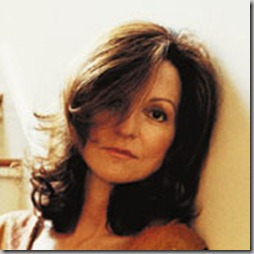 Despair: The moment you first realize the limitations of Botox and gauze photography

Posted by DEWEY FROM DETROIT at 4:25 PM