Through a Portal Darkly 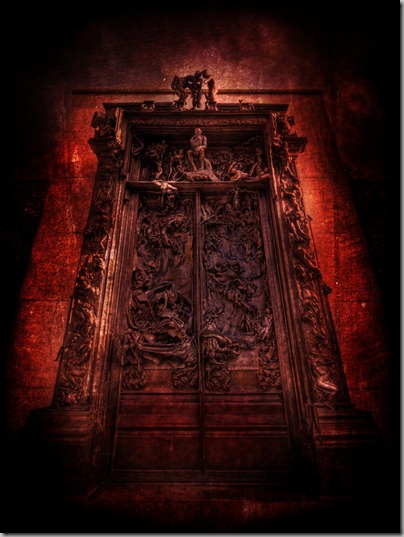 When a constitutional republic enacts a law that provides a portal to tyranny, the citizens ought not be surprised when someone throws the door wide open and strolls through.

I speak of the Administrative Procedures Act (APA); the tyrant, of course, is President Obama.

The APA was enacted in 1946 after nearly 10 years of fierce debate over how to manage and control all the new federal agencies created as part of Franklin D. Roosevelt’s  legislative plan (New Deal) to deliver the country from the grasp of social and economic hardships stemming from the Great Depression. (sound familiar?) FDR was the first Democratic President to not let a good crisis go to waste.

As Congress became increasingly concerned with the expanding powers that these federal agencies possessed they moved to enact the APA. It’s purpose was to regulate and control agencies by imposing administrative procedures on rule making.  It’s passage was contentious, as its opponents had serious concerns with the entire framework of federal agencies – fearing they could grow too large, too powerful and end up as de facto legislative entities.

They argued that unelected, unaccountable agencies making administrative law presented grave threats to our republic. Some were even had concerns over the constitutionality of agencies with such broad powers: arguing that they violated the intent of  separation of powers. We really should  pay more attention to the naysayers and Cassandras in our midst.

The major issue the APA’s opponents (mostly Republicans and southern Democrats) had with the bill was that it codified a system that provided a blueprint for creating an ever expanding federal government. But in the end a compromise bill was struck that ostensibly expressed "the nation's decision to permit extensive government, but to avoid dictatorship and central planning." (1)

Well, that was the theory. We definitely got the extensive government. Thus far we’ve avoided dictatorship but with the latest intrusions by the Obama Administration into the State’s business, it appears we have embraced a federal form of central planning and may even have one step on the ladder of dictatorship.

There were 425 federal agencies created between 1946 and 1996, some that started out small and grew large, and some that started out large and grew huge. That was 16 years ago. The number for all three branches of the federal government  has now grown to about 1300. If you have time you can count them yourself , but it’s clearly well north of 425.

Does this begin to suggest the nature and scope of the problem? 1300 fiefdoms with the power to adjudicate, legislate, and enforce laws within their specific areas of delegated power. They "legislate" through  the power of rulemaking bestowed under the auspices of the APA.

The rulemaking and regulatory power of Federal administrative agencies has been abused for decades by bureaucratic despots large and small. It was only a matter of time before a president stepped in to avail himself of this most useful mechanism in advancing his own agenda when faced with a recalcitrant Congress.  That time has arrived. That president is Obama.

When President Obama says “We Can’t Wait” it is not simply campaign rhetoric. He means he won’t wait. He’s lawyered up with the best Chicago-rules style legal beagles money and power can buy.  Squeaking legality out of the dark reaches of the law is their specialty. They are so sharp they make Clinton’s parsing seems parsimonious by comparison.

Exhibit A, from the Presidential mouthpiece last October:

“He [Obama] fully understands that the kinds of things that are contained within the American Jobs Act require congressional action, require laws being passed, and that’s why he’s pressing for Congress to take action legislatively,” Carney told reporters on Monday at the White House.

“But he can also act independently or, rather, administratively, and exercise his executive authority to benefit the American people in other ways. And he will continue to do that.”

So here’s the takeaway: Obama knows his plans require legislative action, but he doesn’t care. He’ll find a workaround.

He’s told us as much before. Before he decided to base his campaign strategy on running against a do-nothing Congress, allowing him to blame Congress for not passing his comprehensive immigration reform, he told a La Raza group that "some people want me to bypass Congress and change the laws on my own" -- a prospect Obama said he found "very tempting." before quickly adding "that's not how our system works." Good to know.

He reiterated this sentiment again later last year when speaking to another gathering of Hispanics, saying 'when it comes to the issue of immigration, ‘I'd like to work my way around Congress.'" But noted “The fact of the matter is there are laws on the books I have to enforce.”  Although he did locate  a “loophole” (which he generally dislikes) that allowed him to enforce them  discriminately; he unilaterally changed immigration law enforcement last summer by announcing that the government will no longer initiate deportation proceedings against illegal immigrants unless they have committed serious crimes. No doubt he’ll find other ways to “work around Congress” on immigration as the election grows close. Executive orders are always a good bet.

The President has also found ways to “work around Congress” with respect to his clean energy agenda. Since they failed to pass his Cut and Cap bill he’s used the Department of Energy to provide loans to alternative energy companies like Solyndra, the Department of Transportation to set stringent fuel standards that dictate auto manufacturing standards, and the EPA to implement his green energy policy.

As of last summer the EPA flexed it’s regulatory power by announcing a policy that will close down 20% of the nation’s coal plants in 2012 under their Cross-State Air Pollution Rule (at a cost of $130 billion – there’s a real economic stimulus rabbit hole). And they are off to a good start: 3  plants in West Virginia, 4 in Ohio and 25 elsewhere. Another campaign promise kept: (“If somebody wants to build a coal-powered plant, they can; it’s just that it will bankrupt them because they’re going to be charged a huge sum for all that greenhouse gas that’s being emitted.”).

Together the actions of these administrative agencies – an abuse of regulatory power – are implementing provisions of the Cut and Cap legislation rejected by Congress. In the process, they are making us dangerously more dependent on foreign oil…or on solar panels, windmills and batteries if you’re a  Kool-Aid drinker.

Here are several additional examples of how Obama’s regulatory agencies have advanced his green agenda by “working around” the do-nothing Congress (which, foolishly, continues to fund these out-of-control agencies):

Arguably, all of the above actions are unconstitutional. But they pale in comparison to federal rules being established as law by the three federal departments ( Treasury, Labor and Health and Human Services) granted oversight (by Congress) and hence rulemaking authority for the “Affordable Care Act.” Although we needn’t worry because our Constitution provides for a separation of powers that won’t permit them to run amok right?

The mandate that’s raised so many shackles was actually placed into Federal Law as of last Friday. It requires insurers provide  mandatory coverage of contraception, abortifacients and sterilization, despite the providers beliefs, “conscience thing” or wishes. As we discussed earlier, this is precisely what Nancy Pelosi meant in her infamous “ we have to pass the bill so that you can find out what is in it" comment. And what we found out was that every woman has a “right” to “free” contraceptives and abortions. (I hope you feel like a complete idiot now, former Representative Stupak). Now may be a good time to point out that dictators can grant and, more importantly, retract rights at will - as long as they are allowed to go unchecked. But we needn’t worry, because our Constitution provides for checks and balances, right? Right?

Regarding the unconstitutional mandate regarding contraceptive coverage, the “accommodation” announced by Obama last week has done nothing to calm the fury. Not that he really cares. What precisely does it take for the people of this country to wake up and realize their liberties are being washed down the drain one deathly drip, drip, drip at a time?

Here is one thing that is wrong with our body politic: you cannot delegate the type of power Congress has relegated to unelected, unaccountable agencies. Our founders knew this. They thought they had provided against it through the enumeration and separation of powers.

Since the 1940’s, Congress has grown increasingly comfortable with basking in the glory of giving a thumbs up or thumbs down to a legal abstraction, and letting the hard work of actually governing to the concepts fall on the backs of  nameless, faceless bureaucrats and functionaries. Federal Agencies are neither elected nor accountable to any constituents. Indeed, as Obama continues to circumvent Congress by making “recess” appointments, they’re not even accountable to Congress.

But if Congress refuses to hold the Executive branch accountable, take the responsibility back from unaccountable bureaucrats, cut off funds to despotic federal agencies, put us back on a path to Constitutional government than it is up to us: we the people. Do not send any member of Congress back to Washington who is lazy, moronic, corrupt or all of the above. That should pretty much give us a clean slate.

Posted by DEWEY FROM DETROIT at 4:09 PM