In today’s Wall Street Journal, Bret Stephens poses the question: What's the Next 'Global Warming'? That alone was enough to get my attention, but then he throws down the ultimate challenge:

Herewith, then, I propose a readers' contest to invent the next panic. It must involve something ubiquitous, invisible to the naked eye, and preferably mass-produced. And the solution must require taxes, regulation, and other changes to civilization as we know it. The winner gets a beer and a burger, on me, at the 47th street Pig N' Whistle in New York City. (Nachos for vegetarians.) Happy panicking!

It just so happens that I have developed a theory about a coming disaster of such biblical proportions that it keeps me up at night. I have, until now, shared my observations and theory with only a few, trusted colleagues. But Mr. Stephens has prompted me to come forward, announce my theory and provide a layman's abstract. Also, I like beer and burgers. I think you’ll agree I’m a shoo-in for the Pig N’ Whistle prize.

Earth’s Imminent Destruction Due to the

Anthropogenic Global Densification (GD) will cause the earth to implode unless mankind takes immediate and aggressive actions to relieve the pressure exerted on the earth’s crust and reverse the progression of GD.

GD is caused by a number of factors, all of human origin: 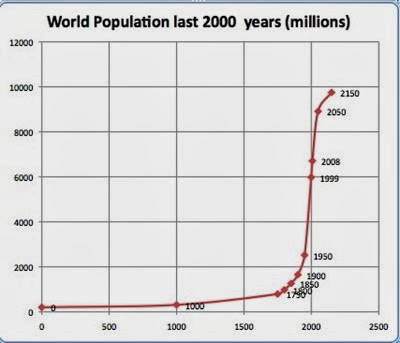 In the industrialized, developed nations with primarily capitalist based consumer economies, the populations began to eat higher caloric diets rich in animal fats. This caused these populations to rapidly and dramatically increase their mass and therefore their GDF.

These same populations began to fill their houses with possessions; furniture, appliances, electronics, RVs and every imaginable consumer product. It is estimated the mass of these possessions increased the damaging GDF of every person by a factor of 107 , or 10,000,000 times.

To fabricate all these possessions, greedy corporations developed elaborate mining techniques which extracted minerals from deep beneath the earth’s crust. To power all the factories making these products and the homes and vehicles and products themselves, fossil fuels, oil, natural gas and coal were also extracted from deep within the planet.

These massive extractions left voids in the interior of the earth; voids which, with increasing frequency, collapse, causing earthquakes and volcanic eruptions. Worst of all, these collapsing voids reduce the radius of the earth, bringing the surface closer to the core.

Human populations continue to grow, develop, build, extract and accumulate. This increases the earth’s surface stress in direct proportion to its growing mass. The human induced stress causes the radius of the earth to shrink further, increasing the stress exponentially, which in turn causes the radius to shrink even further.

The apocalyptic cycle has begun. Most people I have interviewed report that they can already see the effects of GD on themselves, their children and friends. In one recent poll, 95% of the respondents reported their weight as measured by a bathroom scale (the force exerted by gravity) has increased each year for the past 10 years.

Global Densification is well under way and is rapidly approaching the point of no return. A self-perpetuating feed-back cycle is already in play: the expanding mass on the earth’s surface combined with the extraction of the protective layer between the surface and the core results in a reduction of the radius causing an immediate increase in gravitational force which further reduces the earth’s radius. This negative feedback loop will lead to entropy if not broken immediately

Without robust and immediate action, our beautiful blue spaceship will compact and shrink at an exponentially growing rate until it becomes the planetary equivalent of a black hole, extinguishing all life forms on earth and several neighboring planets as the infinitely growing gravitational pull of the earth distorts the orbit of all planets in the solar system and beyond. Apocalypse, Armageddon, call it what you will, but tomorrow is too late to start. We must begin today. 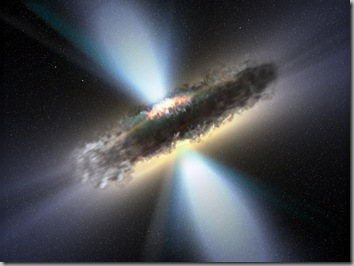 The United Nations Security Council must immediately form an Intergovernmental Panel on Global Densification (IPGD). The nations of the world must agree in a Gravity Change Treaty that will:

Several “research studies”, funded by corporate interests, claim that they can not reproduce the results I obtained in my study. They conclude that even if my theory is correct and GD is caused by mankind's activities, that the apocalyptic results I predict are wildly exaggerated and much further off in the future. They argue that the “…drastic and economically devastating actions…” I call for can not be justified by the data.

Global Densification deniers claim that the theory is flawed, the data is incomplete and/or manipulated and that the recorded effects (such as people reporting recent, dramatic weight gain) can be explained by other factors.

To these so called researchers and their small community of deniers I say this: you have not seen my data, my model or my movie, so how can you dispute that which you have not seen? Then I ask you to step on the scale and tell me if you think my theory is flawed.

I will be the first to admit that there is a very small, almost infinitesimal, chance that I am wrong. But the risk of doing nothing, in the face of such utterly cataclysmic destruction is too great. We must take action.

We’ve got to do something! Because doing nothing is stupid. Just in case I’m not wrong.

Linked by Small Dead Animals. Thanks!

Posted by DEWEY FROM DETROIT at 10:52 AM