How quickly the time goes! Here you are, all grown up and of voting age already. I set out to write a brief letter explaining why I believe Romney is a better choice for your future and a better choice for America. I realized immediately that to do that properly would require at least a book; and even at that it would be unlikely I could reverse the lifetime of propaganda and proselytizing most of you have been exposed to via the education system and popular culture.

So I decided to focus on just one key economic concept that  separates the thinking of our progressive Democratic President  and his conservative Republican opponent. That concept is the notion of  how to carve up the economic pie that progressives think of as a fixed size but conservatives believe has an ever growing radius.

This fundamentally different view is the basis of the class warfare that spawned the OWS movement, the vilifying of the rich and the President’s mantra that the “1%”  can “afford to pay a little bit more” to take care of the deficit and, by proxy, the other 99%.

Put aside the fact that the math on the 1% rule doesn’t work: 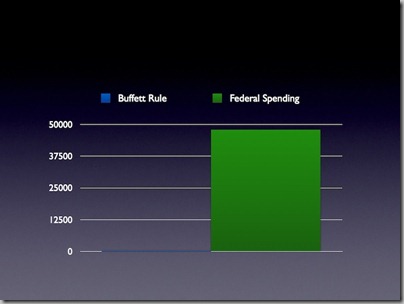 At the rate we’re racking up the federal deficit (in part to ostensibly “help the 99%”) you could confiscate 100% of the 1%’s income and never come close to breakeven. But the entire argument is based on a false premise. The unspoken assumption in the progressives’ pie game is that the economy is made up of a fixed sized pie that has to be “spread around.” If  you get a larger slice of the pie, someone else must correspondingly get a smaller slice.

That’s nonsense. The entire concept of democratic capitalism is that we can continue to grow the pie. Indeed, America has demonstrated that to be the case for over 230 years. That’s how America became the greatest economic engine the world has ever known. But now the Left wishes to change the rules of the pie game. They feel that the meritocracy of the marketplace leaves too many people behind, so their progressive agenda is pushing us towards the democratic socialist model of Europe which, in case you haven’t noticed, is on the verge of bankruptcy – morally as well as fiscally. Ah yes, they still have wonderful art, 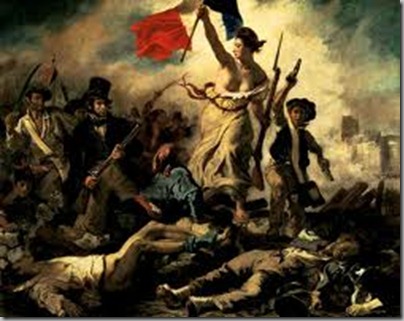 fine pastries and charming bistros, but they are broke and broken. The piper will be calling in his chits pretty soon because they didn’t heed the Iron Lady’s warning about socialism. Greece: it’s what happens when you run out of other people’s money. 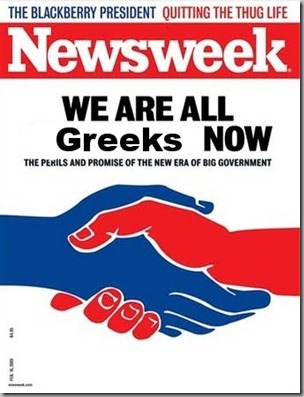 But back to our pie: we do not have to rob Peter to pay Paul. It is not, repeat, not a fixed size.  If it were, instead of watching the election returns on our big screen TVs we would all be sitting around arguing  over who was going to inherit our ancestors’ plowshares (if you don’t know what they are, you  can look it up on the innertubz; just be sure to H/T Bill Gates and Steve Jobs  - two guy’s who made our pie much, much bigger).

The ability to expand the size of the pie is, in a nutshell, the brilliance and utility of capitalism:

It’s the product of that formula – innovation - that creates the bigger pie. Innovation creates jobs and additional wealth. It is that simple. All it requires is capital - and a lot of work. Which is why President Obama was wrong when he told business owners that “you didn’t built that yourself.”

So once we have a bigger pie does everybody get an equal size slice? No. If everybody got the same size regardless of their contribution, that would be communism (or “social justice” as it’s known in some circles). Is that fair? Sometimes, but not always. Life isn’t fair, didn’t your mom teach you that?  It isn’t government’s job to make life fair. If you don’t believe me read the constitution.

And since we’re speaking of the constitution, let me take this opportunity to remind you that democratic capitalism is the cornerstone of our constitution: democracy entails economic rights of individuals separate from the state that cannot be infringed. It is an elegant political system encompassing economics, philosophy, morality, ideology and institutional forces. You can’t tinker with it without dire consequences to the body politic. And yet the progressive philosophy of the Democratic party wishes to turn it into a “living document” and in fact has already begun to do so.

Why is that a bad idea? Here are the words of a real constitutional scholar (as opposed to one who played one for several semesters while teaching “Current Issues in Racism and the Law”):

“If the Constitution’s meaning can be erased or rewritten, and the Framers’ intentions ignored, it ceases to be a constitution but is instead a concoction of political expedients that serve the contemporary policy agendas of the few who are entrusted with public authority to preserve it.” (Mark Levin, Liberty and Tyranny)

I realize it is unpopular to deal in absolutes in our 50 shades of grey culture, but the constitution is a contract –  the original “contract with America” if you will – that is by design absolute. It cannot be easily broken or revised; nor should it. Finding “nuanced” ways to skirt the intent of the constitution’s statutes is dangerous business for our freedoms and way of life. 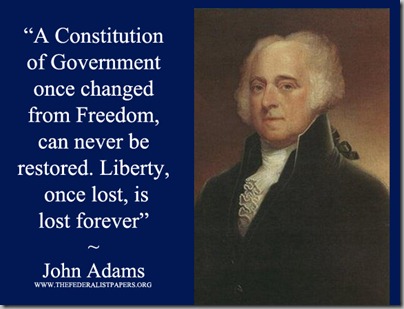 I’m old. I have nowhere near as much “skin in the game” as you youngsters. Yet I want you, your children, and your children’s children, to grow up in the kind of America that I did. The kind that cherishes liberty and freedom above “fairness.”

While “liberty” and “freedom” are terms defined by the constitution, fairness is not. It is an undefined, relative state that progressives wish to have you believe is an absolute. That means that one day it will come to be defined by some government bureaucracy, at which point it will be neither fair nor absolute. By then you may have been complicit in the demise of your own liberty by not paying adequate attention to the type of people you allowed to govern this great country.

So this is my last appeal: please remember that this election is about far larger issues than contraceptives, Big Bird and “equal pay for women” – red herrings, all. As the President himself said, “If you don't have a record to run on…you make a big election about small things.”

So even if the economy doesn’t concern you, 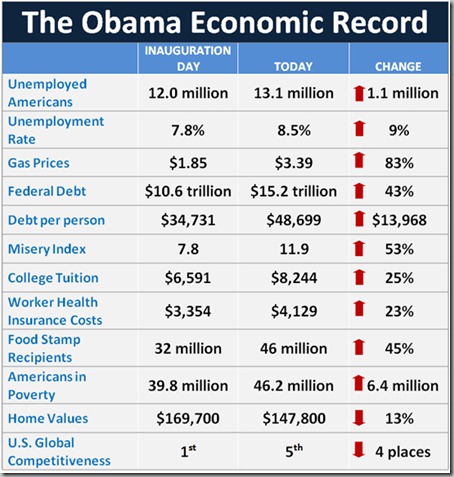 If even the ever burgeoning national debt required to make life “fair” for the 99%  doesn’t worry you, at least be frightened for your future by the continual drip, drip, dripping away of your liberties that once gone will be gone forever.

Don’t vote against Obama because I say so,  vote for Romney for a smaller, more responsible government, for sound economic policies and for a commitment to our constitutional principles. Don’t do it for me: do it for the children; the ones you have or the ones you hope to have. 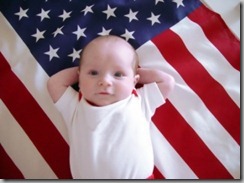 Vote to keep the America our founders envisioned, not the transformed America of the progressive Left. If you believe the environment is worth protecting and preserving, please believe that our constitution is at least equally important for our  survival.

I leave you with this oft-quoted line from Ronald Reagan, in case you haven’t heard it, or have simply forgotten:

“Freedom is never more than one generation away from extinction. We didn’t pass it on to our children in the bloodstream. It must be fought for, protected, and handed on for them to do the same, or one day we will spend our sunset years telling our children and our children's children what it was once like in the United States where men were free.” 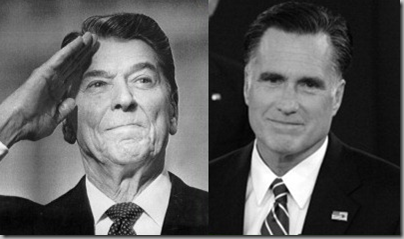 Now get out there and win one for the Gipper

Linked By: Larwyn’s Linx on Doug Ross@Journal, and Annie Laurie on twitter, and Anne Lynch on facebook and BlogsLucianneLoves, and NOBO2012 on Free Republic, Thanks!

Posted by DEWEY FROM DETROIT at 9:29 AM