Remember: It’s For the Children

Although I’ve put myself on sabbatical for the past few months I thought you might enjoy this feel-good story that explains succinctly why unions have outlived their usefulness by at least 40 years.

Forget zero tolerance. Bay City Public School teachers for years could be caught repeatedly under the influence of illegal drugs or alcohol without being fired.

Teachers in possession or under the influence of illegal drugs could be caught three times before they lost their job, and they got five strikes if they were drunk on school grounds before being fired.

Because, let’s face it, nothing says “it’s all about the children” like showing up stoned. And nobody, other than the “United Federation of Teachers, a Union of Professionals,” would be able to guarantee your right to do so.

"They must have had been high to approve that contract because no sober person would agree to that kind of policy," said Leon Drolet, chairman of the Michigan Taxpayers Alliance. (snip)

"That is an absolute disgrace," he said.

And since we’re talking about absolute disgraces, be sure to check the  sidebar item on the Mackinac Centers CapCon site that shows how much money the SEIU has sucked out of homecare givers since Jennifer Granholm’s (yes, that Jennifer) administration passed this disgusting piece of legislation in 2005 that forced home health care givers to join the SEIU: 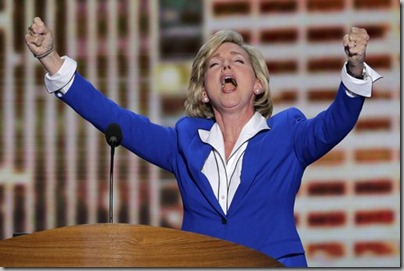 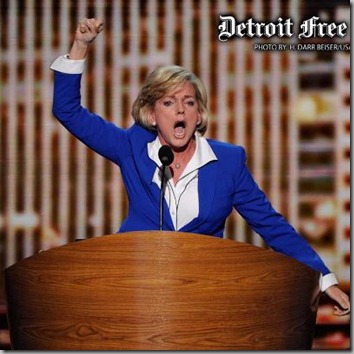 The Service Employees International Union (SEIU) "organized” Michigan's self-employed Home Help Program providers for the purpose of skimming dues from their ailing and disabled clients' Medicaid subsidy checks. The majority of these providers are relatives or friends taking care of loved ones. It’s been estimates that less than 25 percent of the providers are hired in an employment setting.

Also note that, despite the fact that the Michigan legislature passed a law overturning this arrangement last April, the SEIU continues to collect their dues to this day because U.S. District Court Judge Nancy G. Edmunds – in a case of tortured logic - ordered the State of Michigan to continue deducting dues from Medicaid checks.  I’m not making any accusations, but I do wonder if any unions have contributed to her campaign.

But let’s get back to the teachers, shall we?

"The role models are held to a lower standard than the students. That just sends a horrible message. If anything is indicative of how far school boards are willing to bend to kiss the rings of union leaders, this is it."

And if anything is more indicative of how far down the ladder of mediocrity teachers are willing to go to protect their precious wages and benefits, it would be the inclusion of these absurd substance abuse rights.

Disgraceful. And they call themselves “professionals.”

Posted by DEWEY FROM DETROIT at 8:44 AM