Freedom of Speech? No Thanks, We Prefer to Censor Ourselves.

“Somebody — was it Burke? — called journalism the fourth estate. That was true at the time no doubt. But at the present moment it is the only estate. It has eaten up the other three. The Lords Temporal say nothing, the Lords Spiritual have nothing to say, and the House of Commons has nothing to say and says it. We are dominated by Journalism.”

I see Paul Krugman is reading his tea leaves again. What they are telling him is that America was hijacked. No, not by a band of jihadi terrorists, worse: the evil powers of the Right. He claims they exploited the atrocity committed by the terrorists,  thereby turning 9/11 into a day of shame. So he no longer finds it worthy of our commemoration.

I think Krugman should turn in his turban. His tea leaf reading of the cultural milieu isn’t any more accurate than his reading of economics. Maybe he should switch to Tennessee Tea. It may not improve his social/economic forecasts, but it should make him a bit less cranky. 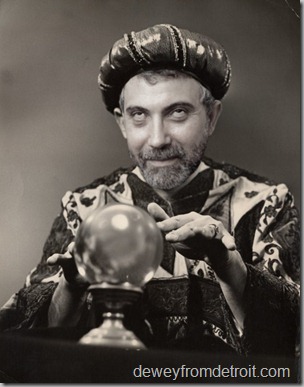 The New York Times’ economic guru is, of course, flat-out wrong. Not only is it appropriate to commemorate 9/11, it’s essential. However, I do take exception to the manner in which the media has taken to memorializing this extraordinary historical event.

As with many rituals in modern culture, the ceremony of the 9/11 anniversary has assumed more significance than the event itself.  Despite the media’s best attempts to employ their highest degree of constraint and use their most reverent tones for covering the anniversary, their recounting of the event still ends up feeling more like a Hallmark card than a thoughtful  reflection on the terrorist act that ushered in a new American era.

Part of that is due to the perceived competitive need to provide 24/7 coverage. A “reminiscence"  that stretches over days what could be presented in a few hours is bound to contain a lot of filler of questionable quality that devalues the event being covered. 9/11 is no exception. The hours of personal vignettes, intended to elicit an emotional reaction, simply enervate us. Overexposed to an endless stream of anguishing stories of grief and suffering, our nervous systems just shut down. Everything after that is cheap.  Of course we are sucked into these wrenching stories of pain and loss – we are only human. But exploiting that human reaction - at the price of glossing over the real significance of the terrorist attack - is disgraceful.

Numbness is not what we should take away from a 9/11 retrospective. We should come away with moral clarity: about the the existence of abject evil and our responsibility to fight it in every guise it reappears in. For that we need to remember who did this to us, as a nation, and why? Rage against an evil enemy is not an inappropriate response: without righteous anger, morality loses its footing.

It would be helpful if the forth estate at least attempted to execute it’s self-assigned role of informing the citizenry of the truth, in order that good citizens could react appropriately. Honest reporting of the evil and ongoing danger of Islamofascism would help us know where and how to direct our rage. Which I presume is why, instead of exposing Islamofascism, the media diminishes it: rage against Islamofascism is not in the PC handbook. It’s not the evil that dare not speak it’s name, it’s the evil whose name the media dare not speak.

Yet one of the principal roles of the federal government is to protect the homeland. How are we the people to know who to elect to best do that if we don’t know precisely what we need protection from? Shall we just leave that to our betters to figure out? I’m uncomfortable with that. I would like our enemies more clearly fleshed out so I can better evaluate who I trust to defend us against them - and who I do not. It would be helpful if the media participated in that exercise. But that isn’t the role the networks cast for themselves in this year’s coverage of the 9/11 atrocity. They chose to go for the cheap, emotional “entertainment” value.

I think the news outlets should leave that to the other 400 channels whose stated mission is to provide entertainment. At one time the news media was considered the watchdog of society. But at some point they decided it was much more fun to have a dog in the fight and truth has been a relative matter ever since.

Around that same time the media – for whom the freedom of speech clause was arguably created – decided to conform to a new concept of free speech in America: freedom of politically correctly speech. Which implies a constitutional right that does not exist: the right not to be offended.

And so our 9/11 memorials, like most news coming from any main stream outlet, is self-censored to ensure that we don’t offend. Especially Muslims. And if that means we play down the role of the Wahhabi based medieval pseudo-religion of the Islamofascists, so be it.

Hence, 9/11 has been systematically cleaned up and dumbed down to “a tragic event” carried out by 19 ‘fanatics’ that destroyed two American skyscrapers, killing 3000 innocent people and shattered our lives on that clear September morning.” That’s about all you’ll get from the mainstream. You have to go to the fifth estate to find any truthful reporting on the enemy in our midst. Naturally, many of these sources are considered “haters” which by definition means they aren’t politically correct. But many of us have discovered that the truth is often not politically correct. It may be worth asking  why that is – but that’s another post.

The politically correct world of news reporting means that once a year, on the anniversary of the “tragic event” committed by the 19 “hijackers of the religion of peace” we are subjected to  memorials at Ground Zero (at least as long as we can still call it that) that become a bit more sanitized each year. This year we even removed the clutter of firefighters and clergy from the ceremony. If the 9/11 memorial becomes any more an act of narcissistic national navel gazing it will be just Mayor Bloomberg and 12 Imams - and it will be held at the new Ground Zero Mosque.

In 2009 the Obama administration re-designated 9/11, previously named “Patriot Day,”  as “ National Day of Service and Remembrance.” This is government-speak at its finest: a not-so-subtle attempt at shape-shifting our perceptions of that day.

It’s also a classic example of the insidious creep of politically correct, government designed thought policing. Your government wants to replace your horrible memories of that day by helping you feel good about yourself by contributing to the common cause. Go ahead! Hug each other if you must, in memory of the horrible way 3000 of our citizens perished in that “tragic event” Just remember, the real meaning of the day is about giving service to others: just like your government does! That way we get all the cheap sentimentality without actually having to deal with the inconvenience of the morality play – more like a Kodak moment.

That’s how political correctness, combined with  “Big-Government-knows-what’s-better-for-you” thinking works.  “Move along, nothing to see here.” It manipulates our collective consciousness and herds the drones toward a more “correct” way to respond to destruction of the World Trade Center by Islamofascists: Clean up a park! Paint a youth center! Make a sandwich at the soup kitchen! 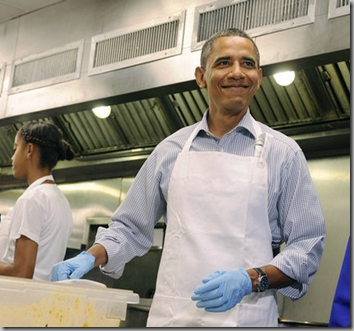 Making sandwiches!  For those less fortunate!

And what are we to do in regard to the religious fanaticism of Islamofascists? I already told you, there’s nothing to see there, move along. Our new politically correct world of free speech dictates that we not try to single out the practitioners of the religion of peace as terrorists. Why, terrorists are just as likely these days to be homegrown right wing fanatics anyway. So let’s embrace our Muslim brothers, and their quaint customs, in the same way we have been “taught” to reflexively respond to every other protected class, with inclusion. We are to drape it in a mantle of diversity and worship its “uniqueness.” We are to bend our culture to accommodate their culture. Even if their culture is corrosively un-American. Even if their culture is based on a pseudo-religious-political philosophy bent on reversing the trajectory of human history. It’s not our place to be judgmental.

I wonder if any member of “The Greatest Generation” ever considered turning December 7 into a national day of service? Probably not; they most likely figured they had executed their service during the Big War. You remember the Greatest Generation’s Big War don’t you?  If not maybe you should visit one of the Holocaust museums for a quick history lesson.

History has already written every story,  already provided every conceivable ending. But we prefer to believe that history begins the day we were born. 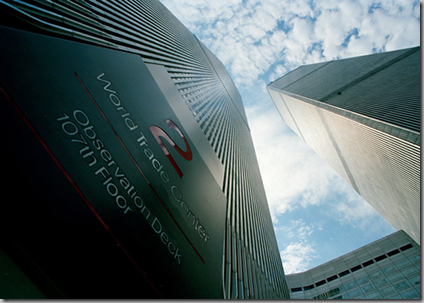 File under: “Why blogging matters”

Update: Here’s an link to an excellent example of one form of the media’s self-censorship: Journalistic Priority: Pro-diversity Spin h/t Vanderleun

Linked By: Larwyn’s Linx on Doug Ross@Journal, Thanks!

Posted by DEWEY FROM DETROIT at 1:07 AM